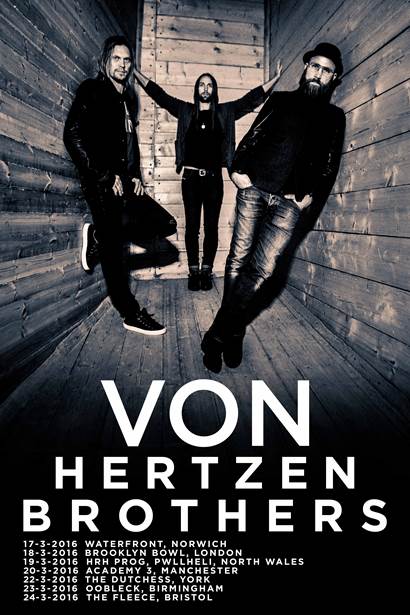 Finnish proggers are here in March

Finnish rockers Von Hertzen Brothers are back with a full UK headline tour for March 2016, including a show at the Brooklyn Bowl in London.

The Brothers’ latest / sixth studio album, ‘New Day Rising’, has been enthusiastically received by fans and critics alike; the record (produced in Canada by Garth Richardson) provided the perfect platform for their first ever show at the Download festival in June of this year, and saw them nominated for the prestigious ‘Classic Rock Album of The Year Award’ in November.

VHB were also recently announced for HRH Prog 4 in North Wales next March; this will be the second time the band have featured at the festival, having been part of the event back in 2013.

‘Sunday Child’ is the latest single to be drawn from ‘New Day Rising’, accompanied by a video shot at Söderskär’s Lighthouse Island in Helsinki’s outer archipelago.

Tickets for the VHB tour are on sale .