OH BROTHER, ITS THE VIRGINMARYS 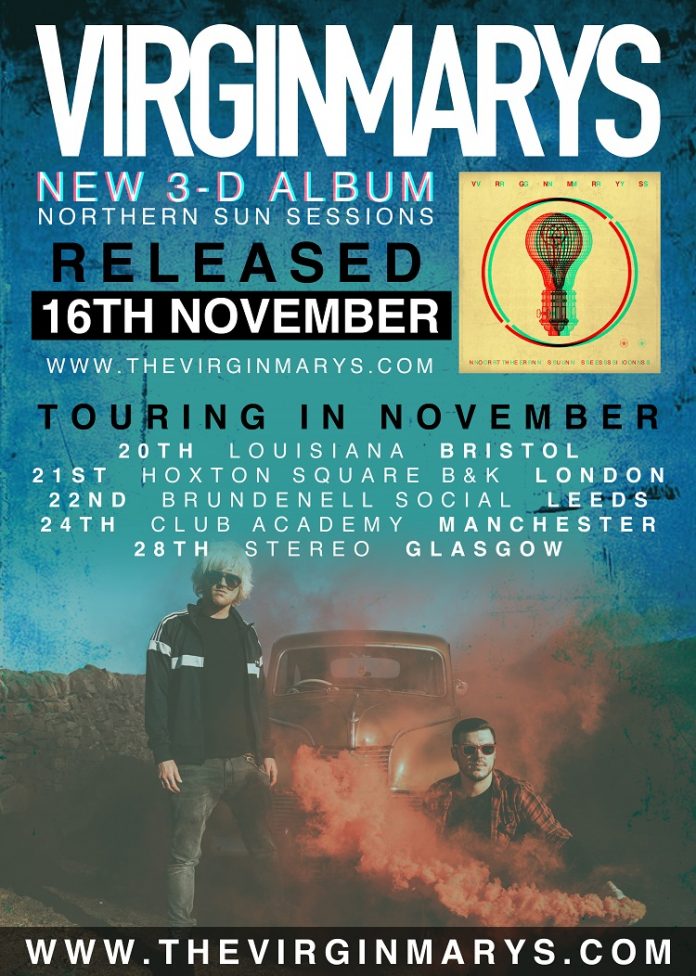 A jewel in the crown of the British rock scene; Friday 16th November marks the release of The Virginmarys brand new studio album ‘Northern Sun Sessions’.

Featuring 11 beautifully crafted compositions, this new album by the Macclesfield group features some of their best songs, ever.

To celebrate the release, Ally Dickaty (vocals/guitar) and Danny Dolan (drums/percussion) recently premiered a music video for lead single, the powerful anthemic and socially conscious track, ‘Look Out For My Brother’:

“We wanted the video for the lead single to capture the intensity and relentlessness of the live performance whilst encompassing the dark nature and power that runs through the music”, remarks Dickaty. “Paul Wright has done an amazing job of making a really cool visual whilst at the same time keeping the shots exciting and unnerving”, says Dolan.

‘Northern Sun Sessions’ marks the beginning of a new chapter for The Virginmarys, as it’s an album the band have self-produced (off the back of working with acclaimed producers Toby Jepson for debut album ‘King of Conflict’ and Gil Norton for 2016’s ‘Divides’) and this time they’ve gone direct to the fans with energetic, never overbearing, grassroots marketing.

So, what’s been the reaction?

“The response we’ve had from the media and fans has been nothing short of incredible”, says Dickaty, “When we started down this track we had no idea the success it would bring in. It’s been massively encouraging and a really special feeling when we’ve worked so close with this album from start to finish.”

With the album finally released, The Virginmarys turn their attention to a series of live dates in the UK this November.

The Virginmarys new album ‘Northern Sun Sessions’ is out now.

Previous article
REVIEW: TOMORROW IS LOST – THE SHADOWMAN (2018)
Next article
FIRE AT WILL