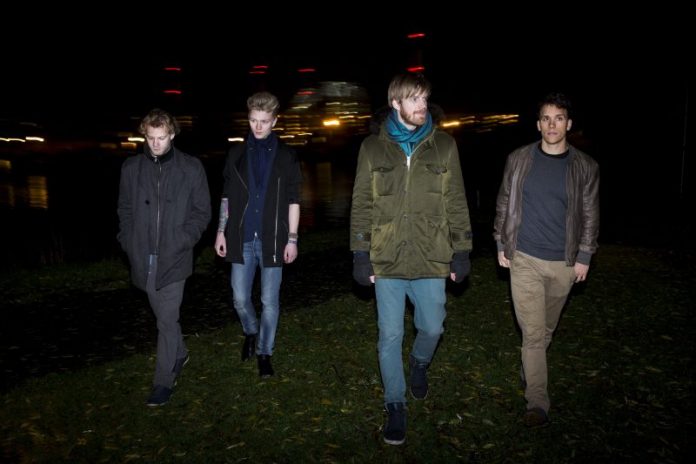 Vola’s vocalist / guitarist Asger Mygind about the EP and video: “When our label approached us about wanting to rerelease Inmazes they also asked us about bonus tracks for the album. During the sessions for Inmazes we didn’t record anything else than the 10 songs you hear on the record, so we had to create something from scratch if we wanted to pursue the idea of bonus material. While we wholeheartedly enjoy playing and making music that is energetic and consists of many layers, we also find a lot of inspiration in toned down, mellow music (like you hear on ‘Emily’, for example), and we rather quickly decided to follow this path for the extra material. How would the songs from Inmazes sound if we interpreted them with this mind set? We decided to work on ‘Stray The Skies’ and ‘Gutter Moon’ to see what we could come up with. Consisting of only vocals, keys, acoustic guitar and percussion, these versions turned out very different from their loud siblings. We called them October Session – since they were arranged and recorded in October 2015 – and put them on the physical releases of Inmazes (B-side and download code). Now they are finally available on streaming services as well. Enjoy.”

To accompany the release of the ‘October Session’ EP, Vola present a stunning video for ‘Stray The Skies (October Session)‘, shot by Fly High Productions. The video was shot in 3 different locations in Jutland, Denmark.

You can check out the animated video for the original, electric version of ‘Stray the Skies’ here:https://youtu.be/EipdyUZfrG0

The band released debut album ‘Inmazes’ late last year, which is a musical journey into the mind in pursuit of happiness, set to a mix of 70’s progressive rock, modern day electronica and industrial, topped off with clear, beautiful vocal lines.

Following rave reviews from The Sun, Metal Hammer, Prog, Rock Sound, Powerplay and more they embarked on a September – November European Tour with Katatonia which blew away fans across the continent and fans can expect more from their magnificent waves of prog majesty.

VOLA will be returning to Germany and the UK this summer playing Festivals and headline shows. The band is currently working on the follow-up album to Inmazes.