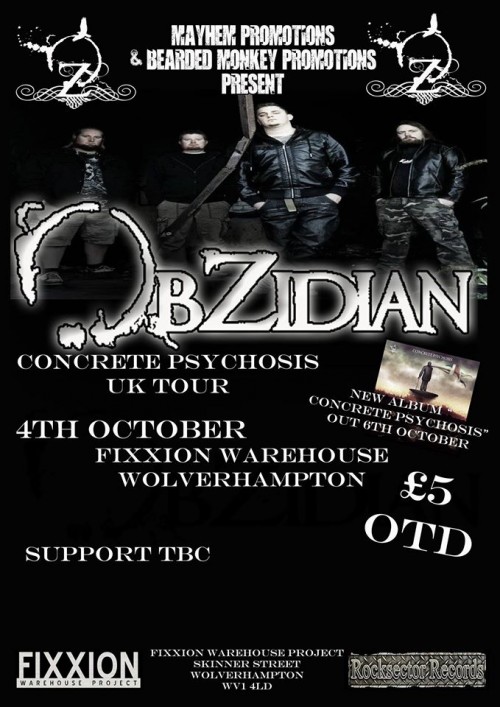 Midlands based groove metallers to play Fixxion Warehouse next weekend

Obzidian, who are getting ready to unleash their new album “Concrete Psychosis” on October 6th via Rocksector Records, are celebrating its release with a show at Fixxion Warehouse in Wolverhampton.

The gig, on Saturday October 4th, promises to be a crushing affair as the locally based four piece showcase their new tunes.

Their third full-length record, following on from 2007’s self titled debut and 2012’s “Damned Eternal,” “….Psychosis” is their first for Manchester based Rocksector, who have one of the best roster’s around.

The band themselves say they are looking forward to a great concert: “Not long now! Mayhem Promotions are setting up what will be a awesome night guys! Don’t want people moaning saying we never told them that we were playing local!”

Recently Obzidian released a taster for the new album – and it is just a little bit special.