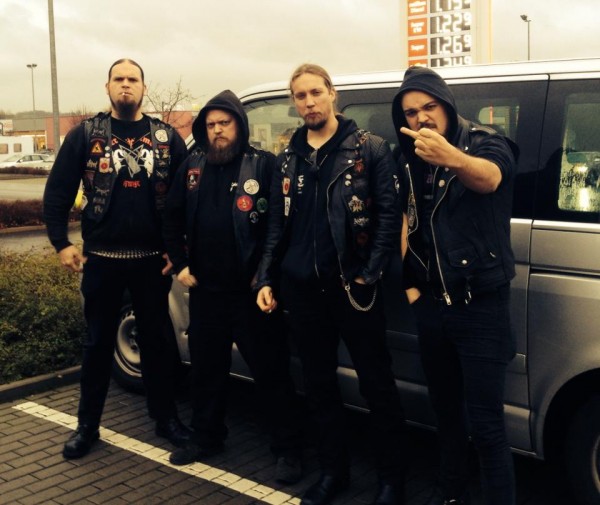 This band claim to have emerged from the depths of hell and have a member called Genözider. Scared? You should be!

Emerging from the depths of Hell in 2009, German Metal commando OBSESSÖR didn`t waste much time until their first release „Black Thrashing Blasphemy“ was spat upon mankind in the same year. Back then, the sound was a very harsh glimpse of what would be about to come from these demons in the following years.

The first full length „Blitzkrieg Battalion“ saw the dark of day in 2012 via GoatKult Symphonies and opened more doors for those hellish tyrants, followed by numerous live performances in several countries with many well respected artists and bands, such as Gehennah, Barbatos, Blizzard and Delirium Tremens.
After a split CD in 2012, „Black Magic Rites“ was released as 7“ vinyl in 2013 on mighty Deathstrike Records, presenting the band more mature and focussed than ever before. The two brand-new assaults, besides two re-recordings of old songs, already marked their slight change to a more aggressive and Speed Metal orientated sound.

To herald the arrival of a new dark age, MetalPunxRex dared to disgorge yet another 7“ vinyl in 2014. This time OBSESSÖR and their brothers in arms HELLHUNT gathered forces to set the night on fire! This mean piece of black wax perfectly prepared humanity for the inexorable darkness: “Assassins Of The Pentagram“, OBSESSÖR’s second full length album was released on Evil Spell Records in summer 2014. The band say this record is “10 dark and heavy hymns of pure Black Speed Metal to poison the souls of real Heavy Metal maniacs…..”