Nubian Rose Go For A Revolution 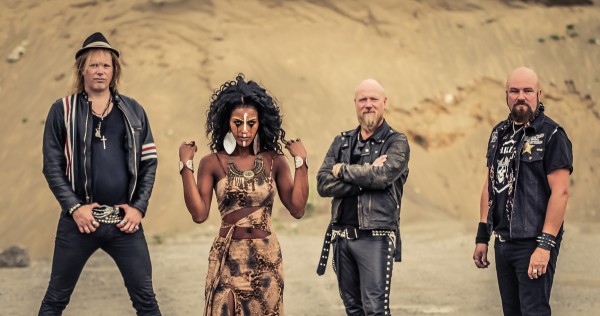 NUBIAN ROSE evolves around the magnetic charisma and majestic voice of Sofia Lilja, combined with the unique talent of guitarist Christer Åkerlund. In combination with powerful guitar riffs and great melodies, they put a new spirit in the classic melodic hard rock.
Nubian Rose was founded in 2011. Guitarist Christer Åkerlund knew he found a unique talent in Sofia Lilja when he first heard her sing.

Her powerful voice and charismatic stage presence were something very special and meant for greatness. When they started to write music together they knew they were on to something big and they decided to make an album.

After planning a self-financed, low-key release of their debut album, ‘Mountain‘, in 2012, they were shocked and excited by how the music spread like wildfire worldwide. Within weeks of the Swedish release, they were played on radio stations in the US, the UK, Italy, France and throughout Europe.

Now the band are  back, with “Mental Revolution”  which they are confident is a clear step forward. The production is more edgy and bigger in every way; drums and guitars are dominating together with great melodies. Christer and Sofia’s cooperation as a songwriting duo has deepend and matured.