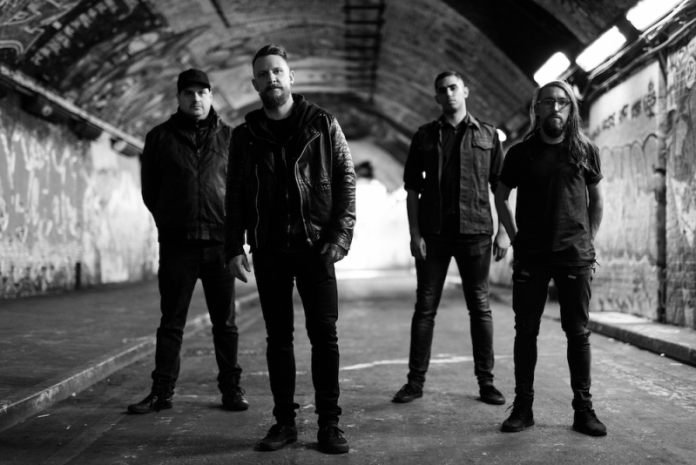 Agent have made a noise-worthy comeback with their new single ‘When Gods Collide’, taken from their forthcoming album ‘Suicide By Tiger’ due for release in 2017.

The video premiered on Kerrang.com

The track was engineered and produced by Paul Matthews Music Productions (who has worked alongside the likes of The Alchemy, Kinetic, I Am Giant) and demonstrates the ways of human condition, self obsession and delves into current events happening all around us right now on planet earth.

You can purchase the single from iTunes HERE

Agent- who are originally from New Zealand, relocated to the UK in 2008 in order to produce accessible and progressively tinged rock music. So far, and with no signs of slowing down anytime soon, the band have appeared at a combination of UK and European rock festivals and have released two full length albums. The response has been outstanding, having helped earn the band a 2014 Progressive Music Award nomination, and having received airplay on the BBC Radio 1 Rock Show, Kerrang, and Scuzz TV, causing a real buzz within the prog-rock community.

After relocating to London, Agent quickly became renowned for their live performance, sharing the stage with the likes of Skindred, Black Peaks, InMe, and many more. The band have played at a string of shows already in the UK and Europe, and are due to be playing alongside Brutai and Sumer on the 15th December– A show definitely not to be missed – All in good time for the release of their third opus in 2017.

Stay tuned for more on AGENT