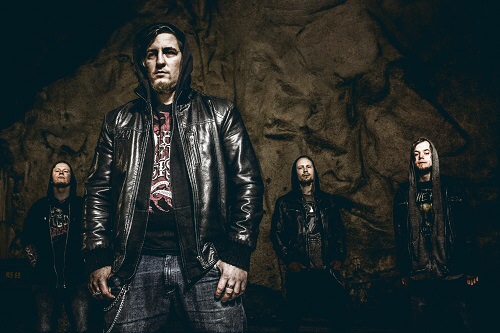 And they release a new – rather spiffing – video too

French label Wormholedeath is proud to announce the signing of a worldwide distribution and marketing deal with Norwegian Death / Thrash Metal Band Dienamic.

Their album “Afterlife” will be distributed worldwide by Aural Music / The Orchard / Wormholedeath Japan.

Release dates will be annouced soon.

The band is ready to tour Japan with the following concerts:

A brand new music video has been released for the track “Revolution For Nothing” and can be streamed at the following location:

Produced By Yngvar Mehus And Dienamic

Worm Stated: ” Dienamic is an hard working band and beside the fact that they play great music, we decided to support them for this reason. These guys know what they are doing and absolutely deserve professional support and guidance. Their album , the Japanese Tour, the Video and everything they are doing is the proof of how committed they are to their band and music. We must show the strongest respect to them since it is not easy to find such serious musicians. Check them out, you will not regret it!”