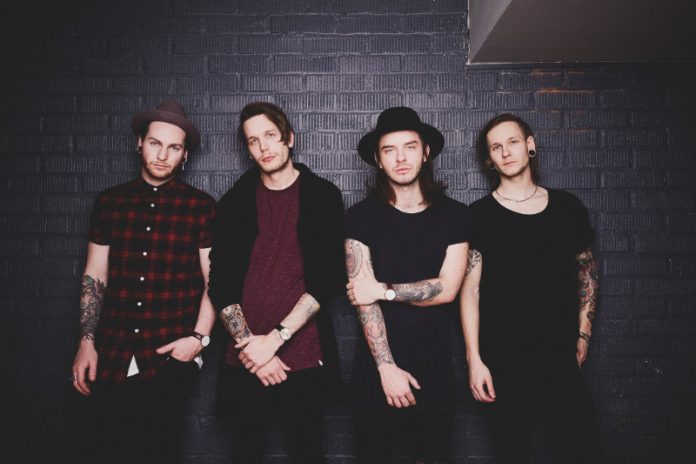 Swedish rock outfit NORMANDIE have confirmed a new UK release date of the 4th March for their explosive debut album Inguz. The band were originally meant to release the record today (19th February) but have rescheduled since their recent US signing to InVogue Records.

You may have to wait two more weeks to hear Inguz, but the quartet have teased another new track called ‘Awakening‘.

Inguz, a Viking rune, symbolises the band’s new direction after the departure of their heavier co-vocalist. Now a new phase of life begins, as Normandie hone in on an explosive rock sound and cite influence from the likes of 30 Seconds To Mars and Bring Me The Horizon.

Normandie have already gained support from the Radio 1 Rock Show as well as Kerrang! Radio Fresh Blood presenter Alex Baker who commended their previous singles ‘Believe’ and ‘Collide’, the videos for which has already racked up an impressive 52,000 and 33,000 views respectively. Topping that is the band’s captivating cover of Sia’s ‘Chandelier’, which has views in excess of 480,000. Having toured mainland Europe with Betraying The Martyrs, Heart In Hand and Memphis May Fire in the past, Normandie head out for a run of headline shows in March in support of the release. With hopes to venture further afield as soon as possible, the refreshing quartet are paving their way to success and it’ll only be a matter of time before Normandie turn heads across the globe.