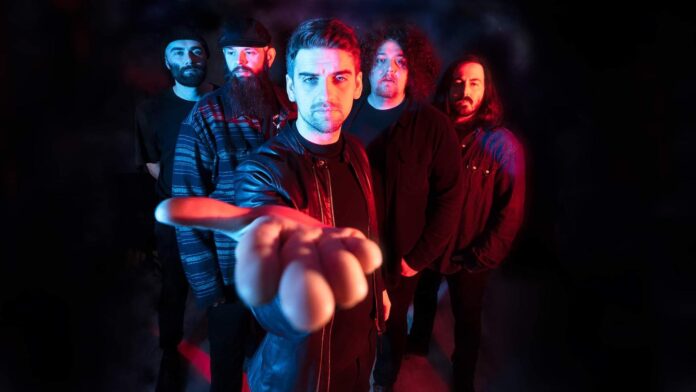 ‘Nobody Understands’ is the awesome new single from alternative rockers, PSYENCE. Taken from their forthcoming album, L.I.F.E (Lessons in Forgetting Everything) out on 30th September.

Written during the 2021 lockdown, ‘Nobody Understands’ is a thumping statement about mental health, containing the lyric:
“My mind is a weapon and it’s built to self-destruct. I am my own worst enemy….”
…reflecting the band’s personal struggles through a challenging period in everyone’s lives in 2020 and 2021.
Says Psyence:
“This song is about mental health and having a daily battle with yourself, nobody will really ever understand what’s going on inside yer head apart from you. You’ve gone full circle so it’s time to break the cycle.”

Psyence began as a collaboration between schoolfriends, all from the working-class background of the Potteries, in Staffordshire, West Midlands, an area with a strong heritage in rock. Psyence released their first EP in 2017 and their debut self- titled album in 2019. With second album plans delayed by the pandemic, two new singles were released in 2020 which formed part of 2021’s ‘Reality or Design’ five track EP release.
Unable to tour for most of 2021 Psyence turned their attention to the studio, refining and expanding their sound. They made their live return at the Shiine Festival in November 2021 and their headline return at a sold-out show at the Underground in Stoke in February 2022.
‘Cold Blooded Killer’ from Psyence’s debut album featured in the hit US TV show SEAL Team in 2020 and also in Netflix hit TV show Pieces of Her in March 2022, triggering over 80k Shazams, with the song featuring in the Shazam charts in 12 countries around the world, including the US and the UK.
Psyence have previously toured with Warmduscher, The Blinders, Psychedelic Porn Crumpets, and Saint Agnes and have performed at many UK festivals including Kendall Calling, Tramlines, and Festival No.6 amongst others.