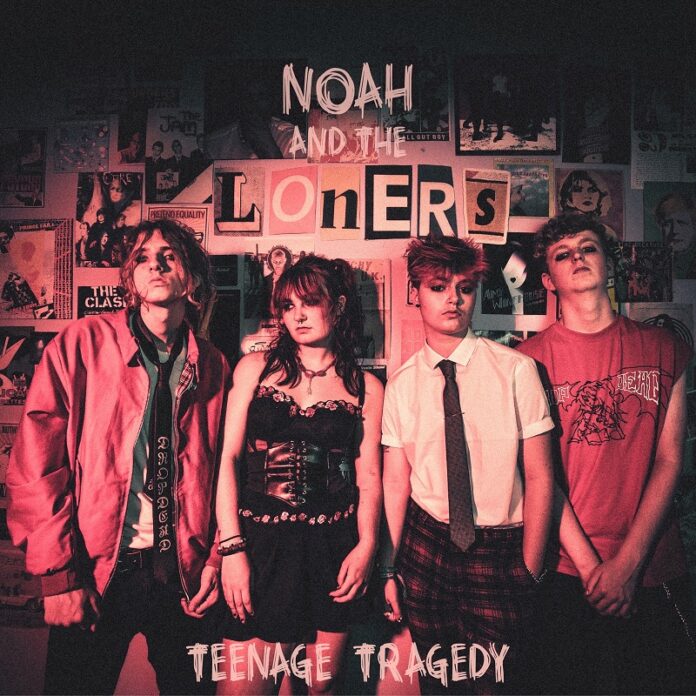 What would you do if you weren’t even 18, got a call and on the other end was Marshall’s Music Director offering you a recording contract? Well, this is precisely what happened to NOAH AND THE LONERS.

Today the band unveil their first track today in the form of ‘Teenage Tragedy’, a song that speaks to the heart of youth and those growing pains of adolescence. Its lyrics tackle love, insecurities and those hopes and dreams that every teenager clings to in order for them to get through these most trying of years.

Front person for the band Noah Lonergen comments on the track:

“I wrote Teenage Tragedy during a point in my life where I was riddled with self doubt and heavily relied on my girlfriend at the time for my own happiness. It wasn’t a healthy mindset at all but the love we felt for each other felt almost all consuming to the point where I thought it was normal.”

“This song is about the uncertainty and frantic nature of teenage relationships, the way insecurities always seem to get in between my brain and trusting that something is good. It’s also the story of every mid-teen house party and the one couple that your mates thought would last, but it just wasn’t meant to be. But it’s mainly about getting drunk on a night out.”

This also marks the first release for the band following their signing to Marshall Records. Noah comments below:

“We’re so excited to share this first single via Marshall Records. Having such a respected, world-renowned company fighting our corner is an amazing opportunity for a gang of teenagers. We can’t wait for the journey ahead!”

Recorded at Marshall’s own Studio and produced by Adam Beer, engineered by Ollie Brightman and mastered by Ed Woods the track is merely the first taster of what we can expect from these incredibly talented young artists and proof that NOAH AND THE LONERS are really onto something special.

NOAH AND THE LONERS put a unique spin on a sound that combines the in your face attitude of Punk with ear-worm choruses that will having you humming melodies long after the track has finished.  With the final member of the band having just turned eighteen NOAH AND THE LONERS have a level of songwriting craft that would rival even the most ardent of adults and you better believe that these kids can hold their own!

NOAH AND THE LONERS will also be appearing on tour at the following dates:

NOAH AND THE LONERS are:

NOAH AND THE LONERS online: