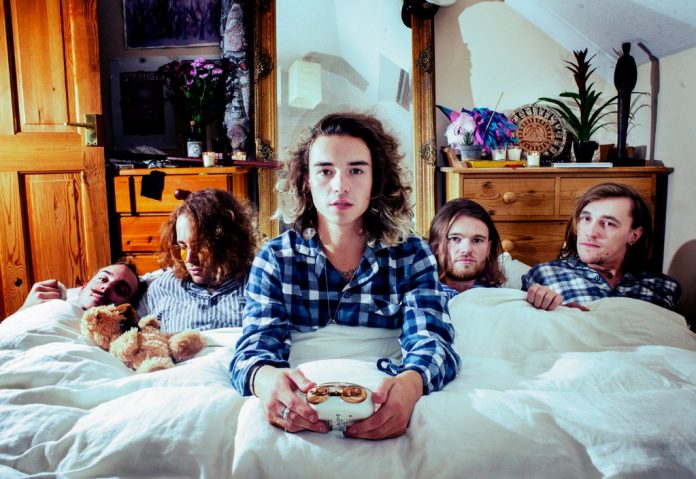 Bristol five-piece SleepTalking have announced details of UK headline tour dates for 2017, in support of their debut single ‘All Hope Is Lost’ which was out last week (9th December).

Their refreshingly unique psychedelic sound nods to greats such as David Bowie, The Doors and Jane’s Addiction, but reinvented with modern punk attitude and a dark yet positive energy; something that is reflected in their live show.

Dates of the shows are as follows:

‘All Hope Is Lost’’has a powerful message with a light-hearted delivery, which is very relevant to the socio-political climate of the world today.

“For the generations before us, even the ones that faced unimaginable struggle, there has always been hope. The belief that ‘better’ is just over the hill. Our time is punctuated by the perpetual dread of tomorrow. Let’s have a party at the end of the world.”

Tom is joined by Freddie Strange (guitar), Dan O’Connell (bass), Rhys Friery (keys) Jack Hamilton (drums), whose huge plans kick off with the release of ‘All Hope Is Lost’ via www.funnelmusic.com and www.ingrooves.com.

With the second single/video is set for release in March along side their debut five track EP, SleepTalking are set to make colossal waves in 2017.