NO FUN FOR DECLAN 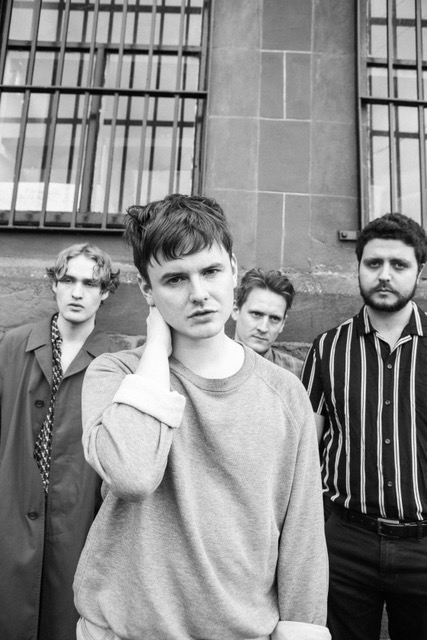 June 28, 2019
Reading time: 4 min.
Facebook
Twitter
Pinterest
WhatsApp
Linkedin
Email
Print
Telegram
Copy URL
By Andy Thorley
A take-no-prisoners anti-anthem for the disassociated youth of modern Britain, ‘No Fun’ dares to stick two fingers up at the pouters and posers found to be draining the life from just about any and every party.
Given its official first spin by Jack Saunders on BBC Radio 1, the track is available to stream on all platforms here and now:
https://C-A.lnk.to/NF
Arriving at the end of a rammed and sweaty UK tour and ahead of their Glastonbury performance, ‘No Fun’ is the latest excerpt of the band’s long awaited debut album, whose title ‘Cheaply Bought, Expensively Sold’ and release details are also officially confirmed today. Featuring 12 studio recordings, produced by the esteemed Chris Marshallin Glasgow (Gerry Cinnamon, Baby Strange, The Dunts, The Van T’s etc), the record will be released on 18th October 2019 via the Modern Sky UK label, with former singles ‘Absurd’ and ‘Different Strokes’ amongst its tantalising track-listing.
Setting a precedent to expect the unexpected on their debut, new single ‘No Fun‘ is one such example of many left-turns to be found littering the intrinsically volatile: ‘Cheaply Bought, Expensively Sold’. Marking a shift in gear from the political to the personal, ‘No Fun’ is a snarky riposte to performatively interesting party-goers, as it charges through 3 minutes of razor wire guitars and galloping drums. With Welsh in parts trading his distinctly Glaswegian accent with a southern twang, the singer makes a sly dig at the London A&R men who are too often lacking in self-awareness. From the appropriation of Scottish working class ‘buckfast’ culture, to that one guy wearing a bucket hat ironically blaring out 80’s cheese, desperate to be the life of the party, ‘No Fun’ takes aim at the various forms of ‘party chat’ encountered in a Glasgow flat at 3am.
Welsh explains: ​”No Fun’ is about the inflated self importance of the kind of people who get full of it at a party and corner you to tell you about how they went on holiday and seen “the real Thailand”. It’s about folk with no self awareness. It’s about people who think they are the kings of all banter because they put on a funny hat at 3am. It’s about people who say the word sesh with no hint of irony. It’s about people who say the word sesh ironically. It’s about people who say the word sesh.’ ​- ​Declan Welsh
Declan Welsh is a songwriter and poet from Glasgow. With his band, The Decadent West they create music that is unapologetic, direct and with a message of humanity. With sold out shows across Scotland and performances as diverse as in Palestine (as part of a Glaswegian cultural exchange), The Great Escape, Reeperbahn and London Fashion Week, The Decadent West have solidified themselves as one of Scotland’s most promising talents, a band whose combination of taut indie rock and strongly held beliefs have won over scores of fans across their homeland, both young and old.
Releasing their rousing first EP ‘All My Dreams Are Dull’ to widespread approval in 2018, the Decadent West truly set out their stall for upcoming album: ‘Cheaply Bought, Expensively Sold’, a record that looks to impact in 2019 as one of the year’s most highly anticipated debut releases.
Collecting a slew of white-hot new cuts alongside the band’s three attention demanding singles and established fan favourite ‘Do What You Want’, the 12 tracks that comprise ‘Cheaply Bought, Expensively Sold’ delve deeper into the idiosyncratic lyrical wit of Declan Welsh and find The Decadent West breaking-loose to unlock their blistering potential. Distinctly Glaswegian in its outlook, their debut record never loses sight of the band’s roots, whilst making unflinching and astute observations on the issues that affect us all as humans and the beauty of human connection, regardless of creed. Traversing life through the band’s eyes in the provincial West of Scotland, the sources and experiences that have defined their calls for a brighter, egalitarian future crystallise in Declan’s striking command of diction. With enveloping narratives every bit about the personal as the political, the songs to be found on their debut outing starkly set the Decadent West apart as one of the most erudite and essential new bands to believe in for the here and now.
Declan Welsh & The Decadent West release ‘Cheaply Bought, Expensively Sold’- 18th October 2019 – Via Modern Sky UK