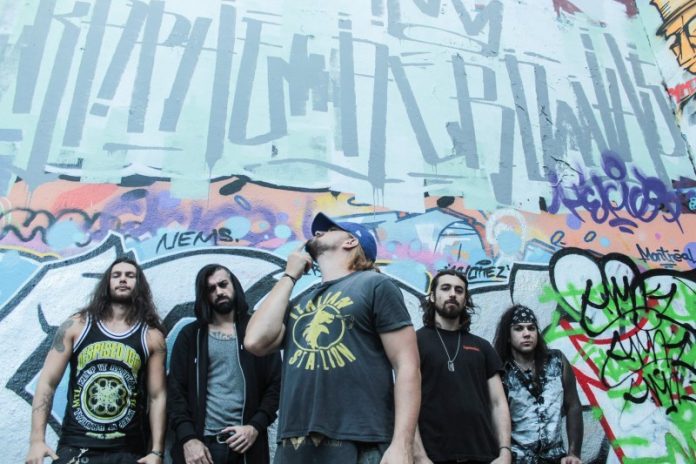 Already back in the studio for Montreal boys

Unleashing their debut self-titled album earlier this March, Montreal, QC power metal quintetDEMISE OF THE CROWN are wasting no time getting back in studio for the release of new material. Collaborating with award winning producer/engineer/mixer Glen Robinson who has worked with names such as The Ramones, AC/DC, GWAR, Annihilator and Voivod, DEMISE OF THE CROWN are recording two new singles ‘Black Rain’ and ‘Glorius Light’, which the band has posted behind the scenes video for that can be viewed below.

Guitarist Manuel Iradian comments on recording with Glen Robinson.”Its been a privilege recording our two new singles with heavy hitter Glen Robinson. Our band has definitely been feeling the pressure working with a man with such a tight ear and a sharp stylistic vision. He has this very amicable and humble approach despite his demand for structure and clean lines. I can confidently say that our song writing has matured into something that just works.”

Rehearsal video of the band for ‘Glorius Light’ – https://www.youtube.com/watch?v=9TYX15WhEZc

and killer guitar ripping by Manuel Iradian during tracking – https://www.youtube.com/watch?v=YL76wJ5weLo

To listen to their new self-titled album, please visit the following links below. The debut self titled album was produced by Kevin Jardine (Uplift Studios, guitarist of Slaves On Dope)plus mastered by Joao Carvalho (Protest The Hero, Alexisonfire, Rush) and is now available in all its hectic and melodic glory.
Bandcamp: http://demiseofthecrownofficial.bandcamp.com