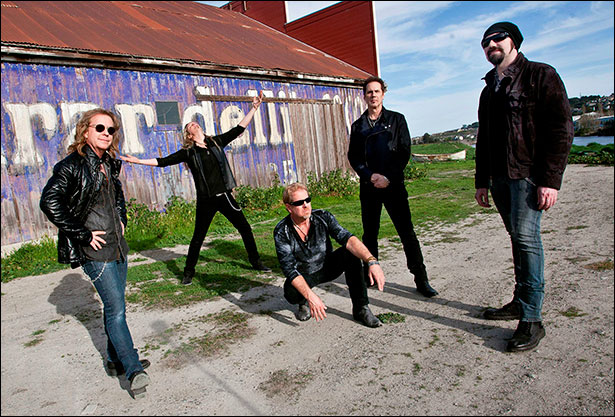 Jack Blades and the boys play London in March

Night Ranger; the critically acclaimed San Francisco hard rockin’ band, will play a special concert at the London Islington O2 Academy on Thursday 12th March. The special London show is being treated as a rare and intimate, warm-up to their Hard Rock Hell AOR Festival appearance on Saturday 14th March.

Night Ranger will perform songs from their multi-platinum 1983 album Midnight Madness, which includes their hits “Sister Christian”, “When You Close Your Eyes” and “(You Can Still) Rock In America”, plus songs 2014’s “High Road” album.  They’ve sold over 17 million albums worldwide, performed over 2,500 concerts, and played with the likes of Ozzy Osbourne, KISS, ZZ Top, Journey and Whitesnake.

Night Ranger will perform songs from their multi-platinum 1983 album Midnight Madness which includes their smash hits Sister Christian, When You Close Your Eyesand (You Can Still) Rock In America, plus songs from their 2014 studio album High Road featuring their hit single High Road.

Previous article
A Trio Of Videos For Monte Pittman And We’ve Got Them!
Next article
Evil Scarecrow Get Top Booking Agents