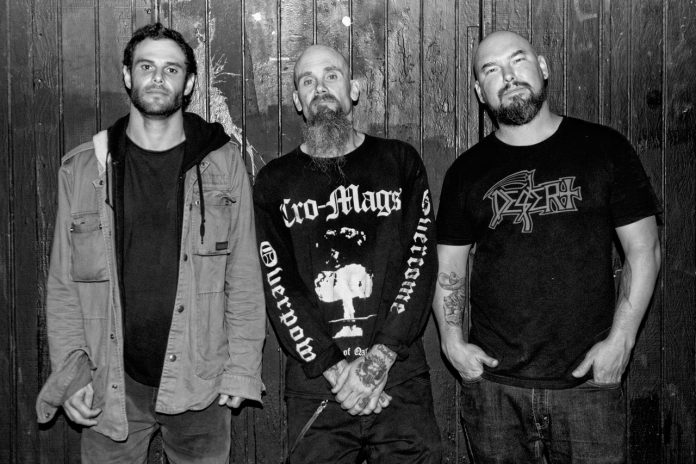 “The miracle of Mondo Generator has always been the outfit’s willingness to push right up against the line of madness (…) Shooters Bible is outlaw punk rock. However it was lost in the first place, in finding it, Mondo Generator give a showing of the maniac’s blood pumping at their heart.” describes The Obelisk.

Former Queens of the Stone Age and Kyuss bassist Nick Oliveri returns with his band MONDO GENERATOR after a long studio hiatus, also welcoming desert patrons Mike Amster (Nebula) and Mike Pygmie (John Garcia) on the lineup. With new LP “Shooters Bible”, Oliveri did pick a real punk gem out of his secret stash! Recorded in 2010, the album comprises entirely remixed and remastered songs from “Hell Comes to Your Heart” (2011) plus a few exclusives, and an incredible cover of Iggy Pop’s “Dog Food” featuring Dave Grohl on drums and Happy Tom on bass. True rock’n’roll lovers should be more than thrilled by this masterpiece!

Says Nick Oliveri: “We did not have a guitar player at the time so I recorded the first guitar track live with former Mondo Generator drummer Hoss. I then recorded bass, vocals, and second guitar track and leads. I think it turned out pretty cool!”. The album was entirely produced by Nick Oliveri, recorded at The Pink Castle Eagle Rock / Meth Lab Studios Salton Sea, mastered by C.Gruer at Pisistudio Mastering. Artwork was designed by Bangalore. It will be available in the following formats, with preorders available at this location:- 40 test press vinyl
– 250 blue clair background splatter blue / black / fluo green / brown vinyl
– 600 clear green vinyl
– Black vinyl
– CD and digital

MONDO GENERATOR was founded in 1997 by Queens of the Stone Age bassist/vocalist Nick Oliveri. Initially intended as a solo project, classic “Cocaine Rodeo” album was recorded that same year, but shelved until Southern Lord released it and its unique brand of criminal insanity to widespread acclaim and horror in the summer of 2000. Follow-up “A Drug Problem That Never Existed” was released jointly in the summer of 2003 by Ipecac/Rekords Rekords to further critical acclaim. The following worldwide tour was filmed for the DVD release “Use Once and Destroy Me”. In 2004, Mondo Generator recorded and released “III The EP”.

In 2006, the band released “Dead Planet: SonicSlowMotionTrails” on UK label Mother Tongue, and worldwide the following year through Suburban Noize Records. In late 2010, Mondo Generator would be put on a back-burner as Oliveri joined the reformation of legendary Kyuss (re-branded as Kyuss Lives! then Vista Chino), which featured John Garcia, Brant Bjork and Bruno Fevery. In summer 2012, new Mondo Generator album “Hell Comes To Your Heart” was released by Mondo Media/Cobraside. After eight years without releasing any music, MONDO GENERATOR are back stronger than ever. New studio album “Fuck It” is due out February 21st on Heavy Psych Sounds Records. They also plan to release the lost album “Shooters Bible” on February 28th via HPS Records.