Next To None Pledge Allegiance 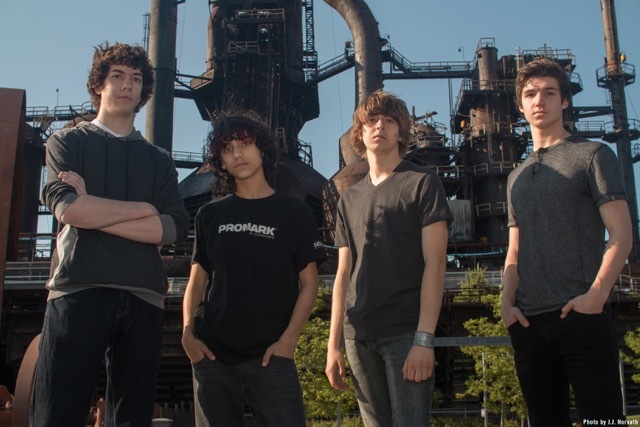 Tour kicks off on Thursday

Next To None will be joining the Metal Allegiance Tour kicking off March 31st in Providence, RI at Lupos, wrapping up April 7th at the Gramercy Theatre in New York, NY. The band will finish their trek with a handful of headlining dates with Silence No More and The Madeline Haze.

Featuring Max Portnoy on drums, Ryland Holland on guitar, Kris Rank on bass, and Thomas Cuce on keyboards and lead vocals, Next To None are also no strangers to the road, winning Ernie Balls “Battle Of The Bands” landing them a slot on Vans Warped tour, as well as touring as support for bands such as Metal Allegiance, Fates Warning, Haken, The Winery Dogs, Adrenaline Mob, and more.

Since forming in 2011, Next To None have spent their time evolving, writing and releasing an EP and a full-length LP A LIGHT IN THE DARK via Inside Out, and building a huge presence on social media gaining over 70,000 views on You Tube and over 17,000 likes on FB

In 2014 the band went into the studio with Producer Mike Portnoy (The Winery Dogs, Transatlantic, ex-Dream Theater) to record their debut album. At the ripe young ages of 15 and 16, they emerged with A Light in the Dark, their landmark debut also featuring guest appearances by Bumblefoot (Guns N Roses) and prog legend Neal Morse.

NEXT TO NONE is: