Former Stone Temple Pilots/Velvet Revolver frontman Scott Weiland has revealed details of his latest project Art of Anarchy and advises new album is out in the spring.

The remit appears to be full-on hard rockin’ songs rife with the piss and vinegar attitude and rock star gravitas that they feel is missing from many of today’s bands.   With over 150 million records sold between them they can certainly back it up. 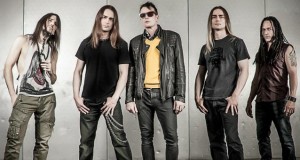