News Of A Monument(al) Tour 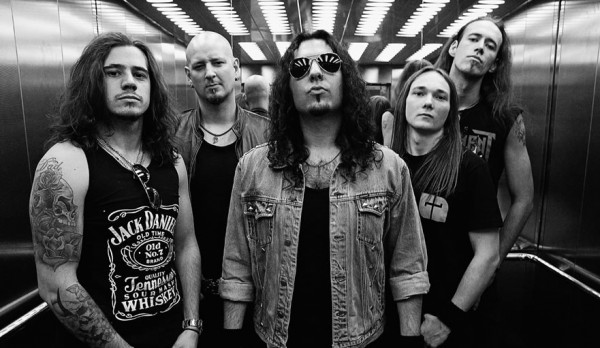 British metal band Monument head out on their second headline tour of the UK this April, calling at:

Monument are also confirmed for the following festivals: 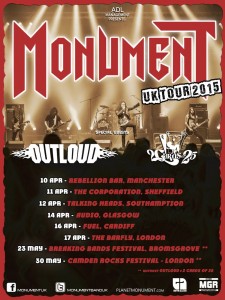 Monument’s debut album ‘Renegades’ was released in 2014 and the band are currently in the studio working on a new single, due for release this spring. Monument have toured with White Wizzard, and festival appearances to date have included the UK & Europe: Bloodstock; Les-Fest; SOS Festival; Metal Wave; R-Mine, Belgium; PPM, Belgium.

Formed in the streets of East London by Peter Ellis (White Wizzard), MONUMENT is bringing back a sound that has been missing from the UK for nearly 30 years…True British Heavy Metal! With thunderous, melodic bass tones, dual guitar harmonies, rock solid yet complex drum beats and signature tenor vocals, the band is determined to make a difference in today’s Metal scene and is celebrating a sound that is rooted in melody and great songwriting that will inspire a new generation of Metal fans. “Renegades”, the band’s highly anticipated and critically acclaimed debut album was released by MGR Music in May 2014 following the highly praised debut E.P. “Rock The Night” released in late 2012. True Metal is back in the Empire and MONUMENT is undoubtedly the band at the forefront of this new wave.