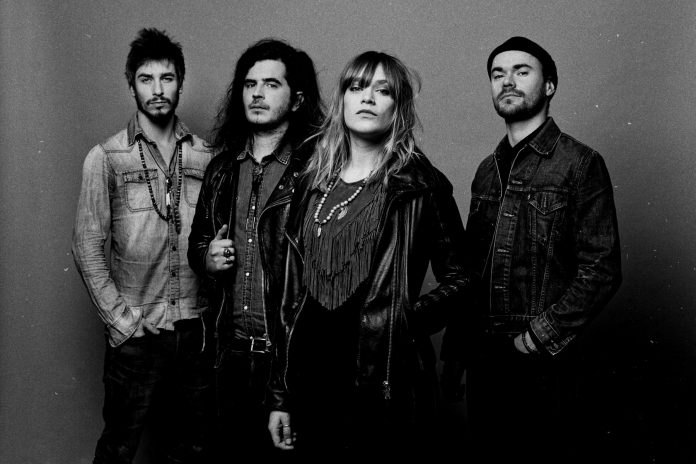 Belgians BLACK MIRRORS release the third single “Burning Warriors” from their upcoming album Look Into The Black Mirror. After the soulful “Moonstone”, “Burning Warriors” shows another side of the band, highlighting singer Marcella Di Troia. The song starts as a straight forward Rock’n’Roll song, veers towards floating post rock and ends with a heavy outburst. It’s this versatile mix of different styles from traditional blues rock to modern stoner styles that make these newcomers from Brussels rising stars.

“We are pleased to announce the release of our new single “Burning Warriors”. This song is super dear to our hearts as it talks about one of the biggest native American slaughters, known as ‘The Wounded Knee Massacre’. By writing the song, we wanted to pay tribute to all indigenous people who, this very day, are still fighting to preserve their culture and tradition. They are a big influence for us personally in our daily lifes.
Music-wise the idea was to write a kind of “mini stoner symphony” with a lot of different parts to avoid the usual verse-chorus structure. The end of the song is more instrumental and came to life by jamming on stage. This part is probably the heaviest moment of the entire album. We recorded multiple guitars for the end to make it sound really powerful. Marcella’s scream at the end resembles an echo of the chorus. We always end our live shows with this track as it ends with a big bang!”