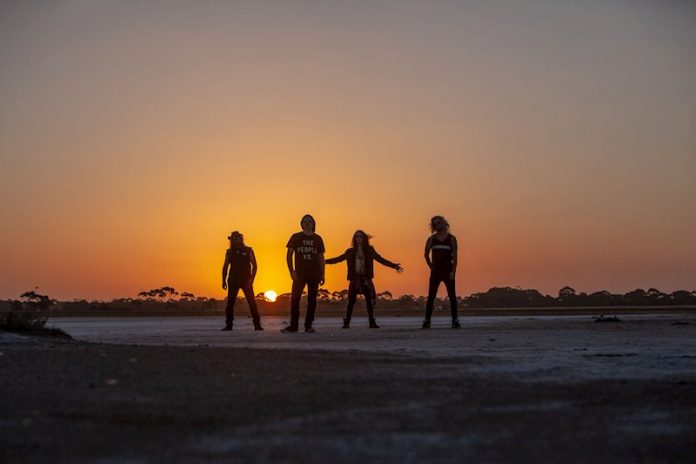 Dying in Sunshine is the second single from Melbourne-based grunge rockers Cicadastone, lifted from their forthcoming album, Cold Chamber.

The much-anticipated follow on to the well-received, Box of Anger, released in April, Dying in Sunshine is available to radio for airplay now and set to drop on June 15 through Golden Robot Records.

“Dying in Sunshine is a song about false standards and the pressure that modern society depicts…how everyone is doing just great...” says Mat Robins. “Everyday people put their lives on display through social media platforms, but the reality is, most people are not as happy as they seem.”

ABOUT CICADASTONE
Melbourne-based four piece Cicadastone deliver music that packs a punch. With an old school 90’s influences and a slick modern edge, Cicadastone have found their own space in the grunge rock genre. Formed in 2013 by founding members and brothers Mat and Mark Robins, they have spent the last few years honing their sound and live show, as well as constantly writing and releasing quality music.

In 2016 Cicadastone released their debut album Chance Collide. A bold statement and an impressive first release. Songs like Drown My Hopes, Forgotten Fears, Oh Satellite and Headlights On showcased Cicadastone’s song writing maturity and diversity. Sonically the album holds its own on an international level.

2019 saw Cicadastone sign with Golden Robot Records to release their highly anticipated second album titled Cold Chamber. It’s an album that continues to push the grunge rock boundaries and a natural progression forward for the band. They’ve developed their own unique sound while staying truly authentic to the genre, a difficult task in a time when it’s all been done before.

Cold Chamber is currently slated for release in late 2020 due to the coronavirus pandemic crisis. No matter what, when it does eventually drop, an excellent response is anticipated, setting up an incredible ride for the band.

Previous article
ON YOUR MARKS
Next article
AN INNOCENT WATCH