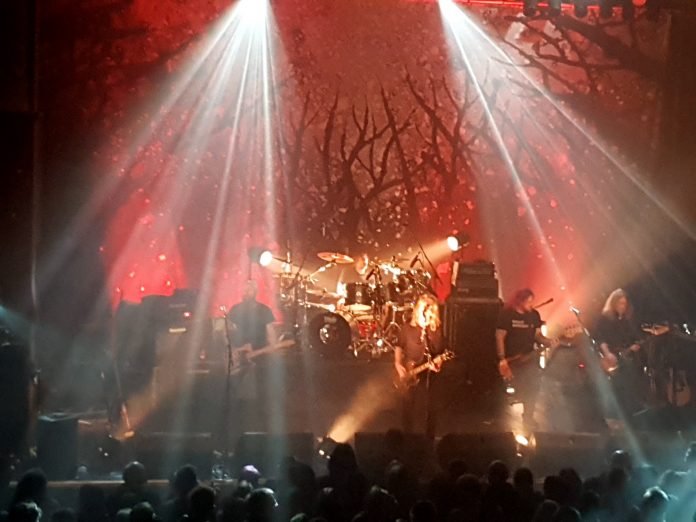 I’d been trying to work out how to explain the sound of The Autumn Saints for most of their half an hour, when American singer Britt Strickland nailed it for me. Just before their last song “Dustbowl Year” he said, “this one is for when you listen to Johnny Cash and Joe Strummer in the same day” and there it is. From Oxford, TAS are immediately and interesting and compelling proposition. The three piece are dressed as if they are from the deep south in the 20s, but their sound, is a brilliant mix of punk, country and even a touch of Indie cool. All of which means work like “She Wanders Out” nestles fabulously with “Littlewood Station” one of the cuts from their EP. The guitar lines of David Ireland are by turns floating and chugging, and there is something intrinsically interesting at play here. There is a political element too, “Sad Eyes Are all Eyes” deals as North Carolina born Strickland explains: “with the insanity back home” and takes the old Springsteen thought that “nobody wins unless everybody wins” and runs with it. The Autumn Saints though, are very much their own men and the trio are one that you hope will benefit from the exposure on these NMA shows. 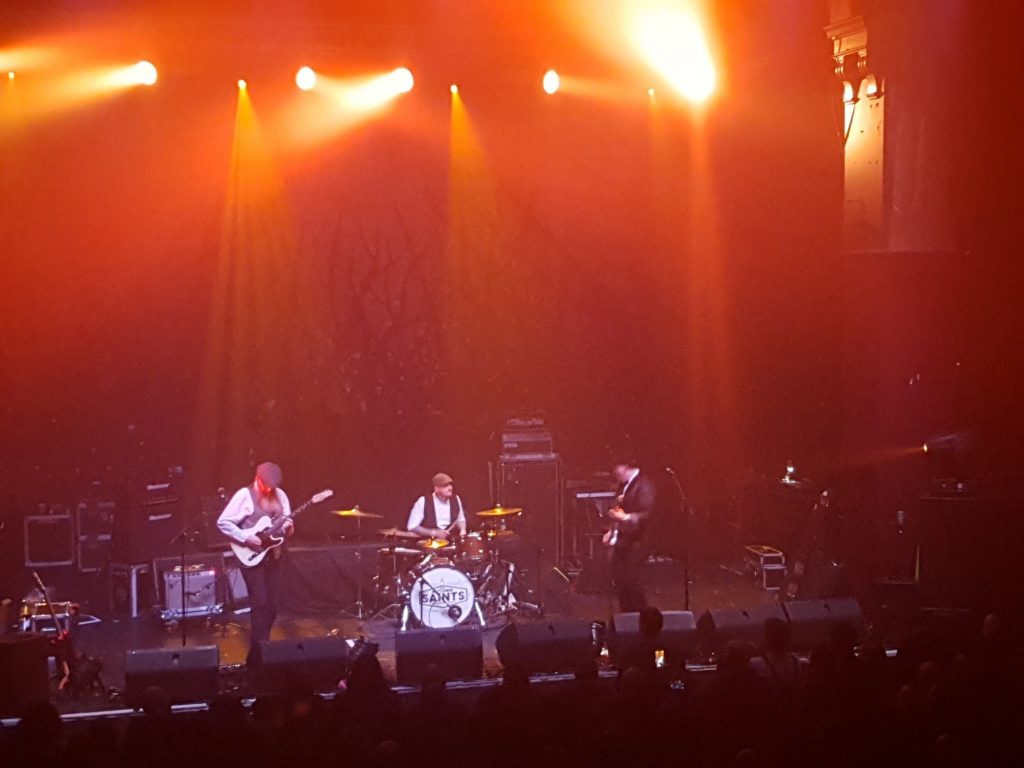 Justin Sullivan has a point. He often does, to be fair. “They tell us it’s our 40th anniversary this year,” he sort of half smiles towards the end of the set. “I dunno if that’s an achievement, birthdays come and go and you are just sort of here…..”

There’s 1000 or more people in The Institute tonight that would differ.

In the interests of full disclosure, this is the first time I’ve ever seen New Model Army, but it is immediately clear – genuinely even before they’ve so much as played a note – how much this band means to many (most?) of the crowd, and how ingrained the music is to their lives.

And what music it is too! Whether it is the early stuff like “No Rest” or the bang up to date “Never Arriving” (from last years superb “From Here”) it is done with a real class, and all sounds very much as if it all belongs, as it were.

The show should have been about six weeks ago (“we kept you waiting long enough, we’d best not do it much longer” jokes Sullivan when he returns for the encore) but drummer Michael Dean was ill. Happily restored to full health, his tribal drums ignite the new albums title track, but he is only one cog in a wonderful machine. Marshall Gill is particularly impressive on guitar and his work on “Winter” turns that into a real crescendo, a maelstrom if you like as the set draws to a close, but it makes for a real highlight.

It is striking how relevant these songs remain – which I suppose is a mark of true quality songwriting? But  “51st State” stands out in this regard.

In the middle of the set Sullivan plays “Eyes Get Used To The Darkness” solo acoustic and it provides a moment of reflection, but my, what a song it is too. You could say that about all of them to be honest, but “States Radio” and a fabulously raucous “Here Comes The War” standout.

There are two encores. “125mph” (“the roads are a bit safer now as I am presently banned from driving” deadpans Sullivan before it plays) is the highlight of the first, and “I Love The World” – “your good luck for the year” as Sullivan puts it – makes up the second.

It closes a mighty show, a celebration of one of the maverick outfits of British music, and they deserve someone to mark their 40 years, even if they are ambivalent to it. “We’ll see you in September, and we might even play some of the ones you want us to play” smiles the band leader as he exits the stage.

Two things, though. First, New Model Army have earned the right to do what they like, and second, this was mighty enough with the stuff they chose for themselves.