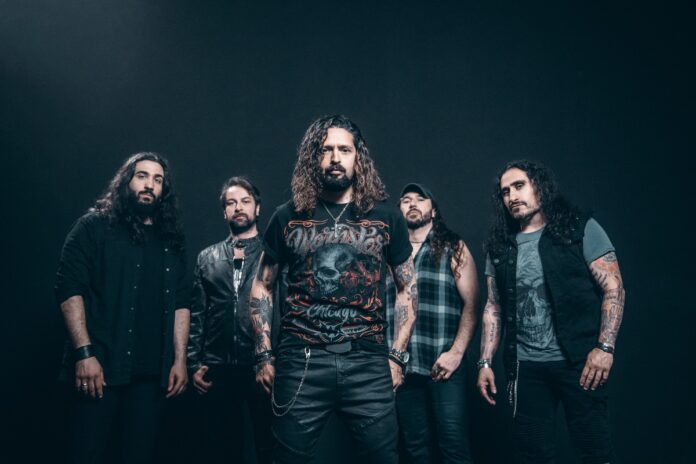 Hot on the heels of their ‘Brothers In Arms’ studio album released in August 2022, Sunstorm have announced that a special live digital release entitled ‘Still Roaring: The Studio Session’ will be issued on 21st October in both audio and as a full length video. Recorded when the group assembled to film promo clips for songs from their new studio record, they made full use of the time together to record this live studio session, which sees the quintet performing songs from across their catalogue. A live version of ‘Never Give Up’, originally recorded for their 2012 album ‘Emotional Fire’, is available HERE .

The first Sunstorm album to feature current lead vocalist Ronnie Romero (Michael Schenker, Lords of Black) was ‘Afterlife’. Released in early 2021, it saw the group rejuvenated, mixing melodic rock/AOR with more ’70s oriented hard rock in the style of Rainbow, for whom Romero has also performed as singer. This approach was then perfected on ‘Brothers In Arms’, which saw guitarist Luca Princiotta (Doro, Blaze) joining the line-up of Romero, bassist Nik Mazzucconi, drummer Michele Sanna and keyboardist Alessandro Del Vecchio.

The group’s reversion back to the melodic/AOR sound of their early records for ‘Afterlife’ had certainly caught many by surprise. Nevertheless, for his first foray into this territory, Romero delivered outstanding vocal performances. The ensuing ‘Brothers In Arms’ was nothing short of a godsend for fans, as it mixed elements of classic rock (Deep Purple as well as Rainbow) with the melodic approach of acts such as Foreigner.