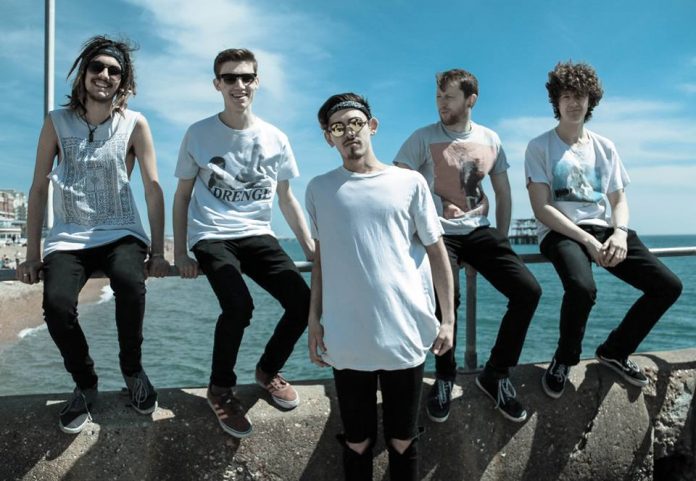 Newcomers, Oceans are set to drop their EP ‘On & On’ and have unleashed their new video single ‘Electrified’!

The Brighton-based alternative rock band that formed in September 2014 are set to drop their EP ‘On & On’ on the 6th August that will also feature their single ‘On & On’ and their newest single ‘Electrified’.

Oceans are an exciting new band bursting onto the scene with their mix of alternative rock and post-hardcore sound and with the band only being in their early 20’s, they have a very promising future ahead of them.

The EP was recorded in Liverpool at a music institution, LIPA, which was co-founded by Paul Mccartney. The record was produced by Joe Furness, Bradley Rolling and Ian Lovett (who has worked with Jess Glynnes).

When talking in more detail about their EP ‘On & On’ the band stated: “Three members left the band last summer and the band basically reinvigorated itself. We were due for a rebirth and a rethink and we decided to keep carrying on with the band and replace the members right away. Most bands in our situation would have thrown the towel in but we’re far too  passionate just to stop and our love for the band is very strong so the EP is basically about how the band will keep going on and on which is why the EP is called ‘On & On’.”

Oceans also went on to add what fans can expect from the new EP: “They can expect it to be well produced and they can expect a massive difference from our debut EP with the old members. They can also expect elements of funk, post-hardcore and lots of riffs! I’d imagine people listening to the EP will struggle relating it to anything else.”

Along with their new EP, Oceans have also unleashed their new video for their single ‘Electrified’ the band went on to explain why their picked ‘Electrified as their newest single, “because it is our most diverse track and we think it shows off how we’re not restricted to reach into other genres of music and it is also our most accessible song.”