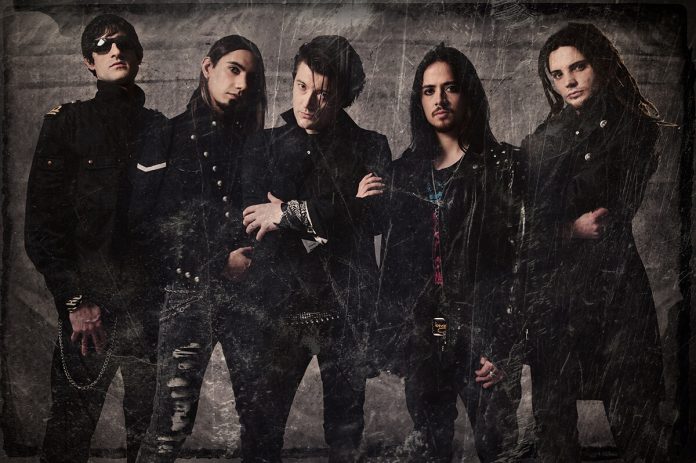 The record to be called “Strangers In Paradise” will finally see the light of day on December 1st, some three years after the bands debut full length “Outshine The Sun,” which was a real favourite.

Speaking exclusively to Maximum Volume Music ahead of the bands gig supporting Dragonforce last week, guitarist and main songwriter Freddie Thunder said he thought the album was a major leap forward: “I love the debut, ” he explained. “But this record has been a major leap forward for us in terms of playing, production values, songwriting, everything is better.”

“….Paradise” was recorded in Germany and produced by Dennis Ward, and Freddie told us that working with Unisonic and Pink Cream 69 man was a great experience: “We were desperate to work with Dennis and it turned out just the way we planned. ”

Although he has been the main composer In Neonfly, Fred is no longer the premier lyricist, as he adds. “On this album, Willy [Norton, Vocals] has added words on six tracks, so it’s got a different feel.”

There will be a full interview with Freddie, in which he talks about life on the road as well as giving us the lowdown on Strangers In Paradise, to coincide with the albums release.