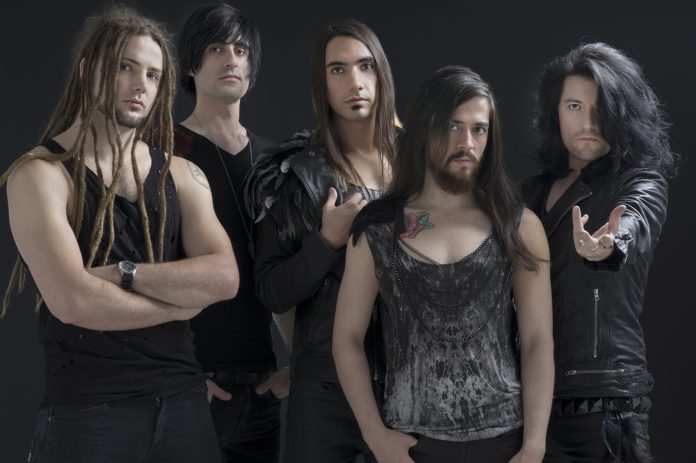 London melodic rock kings follow up Dragonforce tour dates with new record. We’ve got a review and an exclusive with the band, yes, sir!

Neonfly – who if you have been paying attention at the back you know that we have a lot of time for here at MVM are now just over two weeks away from releasing album number two “Strangers In Paradise.”

The record is the follow up to the magnificent “Outshine The Sun” album, which the band have plugged around the world supporting everyone from Alice Cooper to Dragonforce over the last three years.

Neonfly had been writing and honing new songs down constantly on the road over the previous three years, then began recording what was to become ‘Strangers In Paradise’, at Hofa Studios in Frankfurt, with Dennis Ward, who they had met and gelled with at Masters Of Rock 2012.

‘Strangers In Paradise’ is the work of a band who have patently grown in stature and now very much developed their own true musical and lyrical voice. Issues addressed include invasion, addiction, social injustice, political corruption, the end of innocence and emotional loss. The album artwork, inspired by Aztec / Mesoamerican culture, is courtesy of up and coming US artist Jorge ‘Qetza.’

We’ve heard it and can can confirm that “….Paradise” is a bit special and builds on the debut and takes it to places the band haven’t been before.

A review will be on next week, and the interview with guitarist Fred, who kindly sat with us just prior to the Birmingham show on the Dragonforce tour, will be published during the week of the album release.

The first video from the record was recently released.