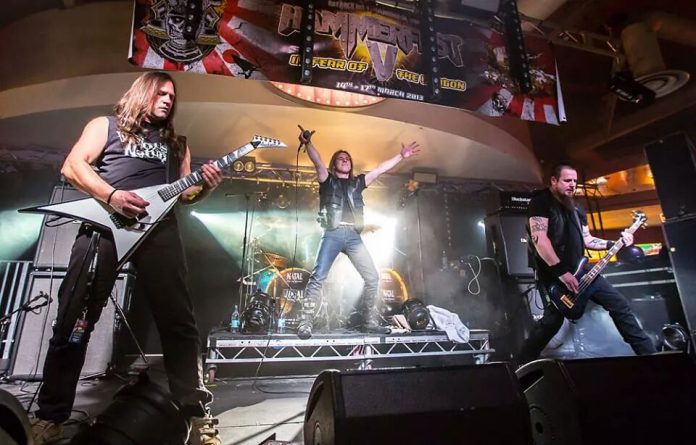 With the imminent release of ‘Ex Cineribus’ on June 25th 2016, Vicious Nature have now released a teaser video for the DVD.

‘Ex Cineribus’ will contain a mixture of music videos, live footage, interviews plus many more features, and will be released on June 25th at a live launch show at the 02 Academy, Birmingham.

The video teaser, which includes a clip of the brand new single ‘The Silence That Kills’, can be found here:

Drummer JB explains: “The title of the DVD, Ex Cineribus means ‘from the ashes’….which is significant due to Vicious Nature being a project formed from the ashes of Marshall Law, Cloven Hoof and Cerebral fix.”

Track listing for the DVD is as follows: