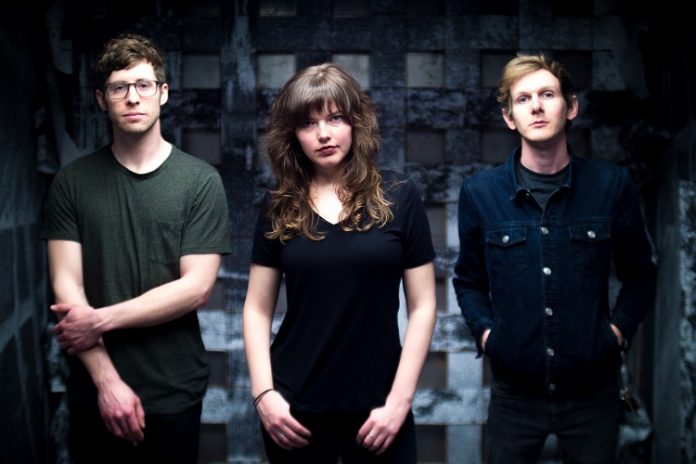 The Dayton, Ohio dream-pop trio is set to digitally release their new single, “Demons” on September 20th. While the group has been crafting meticulously layered soundscapes since their formation in 2015, this is the first release off of their upcoming EP – ‘Demons + Daisies’.

Haunting vocals, hypnotic Rhodes piano, and intricate rhythms coupled with carefully crafted electronic elements build into a whirlwind of sound that is eerily familiar, yet wholly unique. While their 2015 debut EP, ‘Asleep / Repeat / Awake’ is full of lush layers of dreamy ambience, this new release lends itself to something darker. Tastefully cloaked in elements of post-rock throughout, this new facet to MOIRA’s signature sound creates a dynamic tempest of instrumentation with siren vocals carrying the listener from start to finish.

Comprised of Alicia Grodecki (vocals, Rhodes piano, and synth), Patrick Hague (drums and samples), and Aaron Hardy (bass, synths, and samples), the trio hails from three diverse and very different backgrounds. Grodecki, formerly of indie pop band, Vanity Theft, has honed in on her pop sensibilities while carrying them over to a new realm of ethereal melodies and Rhodes compositions laced with a wistful despair. Hague – hailing from a post-hardcore background, and Hardy – formerly in the garage rock circuit, join together to form a rhythm section that captivates their listeners from the outset. Having all known each other for over a decade, the three friends decided to join forces, and in doing so have created something truthful and otherworldly.

While the trio has been touring relentlessly in anticipation of this new release, they recently unveiled a haunting new music video for the track, filmed and edited by the band themselves. Truly a DIY outfit, the band self-recorded “Demons” at Howler Hills Farm in Ohio alongside their dear friend, Zachary Gabbard of Buffalo Killers and Mike Montgomery (R.Ring, The Breeders). After spending many a late night in Gabbard’s barn-turned-home-studio in the sleepy countryside of Ohio, MOIRA walked away with something truly unparalleled.

“Demons” is set to hit all major digital streaming platforms on September 20th, and will be shortly followed by the release of their second single and corresponding EP, ‘Demons + Daisies’. With plenty of tour dates and festivals on the calendar, plus new material in the queue, this band has no intention of slowing down.