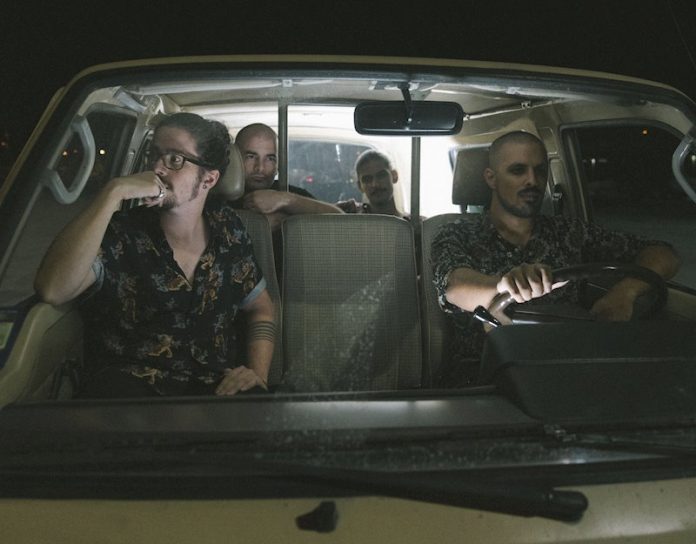 Portuguese heavy rock band Places Around The Sun is gearing up to release their third full-length album this summer.  This self-titled work embodies the band’s eclectic, Western-tinged sound and the progression of their musical mission.

Now, we are proud to premiere their “Rising Sun” single right here:

The band tell us: “The song marks the beginning of the final stage of the album’s concept and continues the narratives of their first two singles – Lost I Am Found and Chasing Tails.
Previously, there has been an uneasy sunset, a dark night and the unknown. Now, a relieving, bright “Rising Sun” takes place.

“The acceptance of this process and the recognition that all things come and go set up the mood of “Rising Sun”, comparing our paths with the sun’s activity – in which the sun moves, allowing the moon to take place, but rises again every day. A cycle that keeps everything in motion and evolving.”

The band’s first full-length album, Still Here, was released in 2016. In 2017, Places Around The Sun began preparing material for Pluto, their second full-length concept album, which was recorded, produced and mixed by António Santos and João Gomes in their home studio. In Pluto – officially released in 2018 and presented live in Sabotage Rock Club, one of Lisbon’s most high-profile music venues – the band sought to explore a heavier, more experimental sound.

Places Around The Sun’s interest in experimenting with their sound resulted in the release of two singles: Shots On The House (2019) and Moon Daisy (2020).

In the first half of 2020 – now accompanied by producer Vitor Carraca Teixeira, while taking their musical differences and diverse paths as an advantage – the band tried to invest in their versatility to begin working on a new album. Places Around The Sun’s third full-length album, scheduled to be released in September 2020, is their most personal record to date – for that reason, the band decided it would be self-titled. In it, the idea of transformation that has been influencing Places Around The Sun for the past four years was extended to the entire writing and recording process, being transposed in its sound, themes and overall concept.

Driven by a constant need of change, Places Around The Sun does not turn its back on the past, but eagerly faces the many possibilities this new phase may bring – while also focusing on reaching a wider audience.

Connect with Places Around the Sun