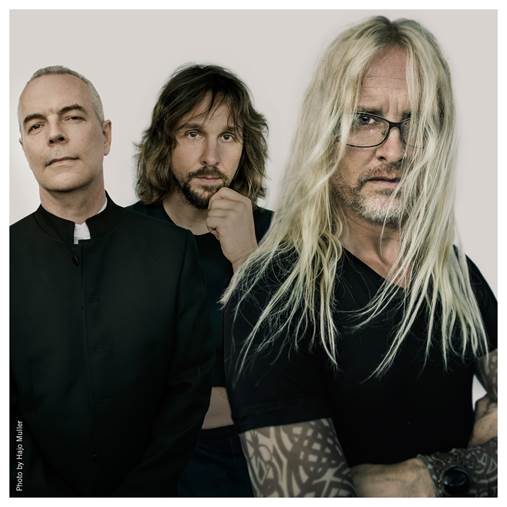 The Mute Gods, a brand new band from the mind of renowned bassist, chapman stick player & vocalist Nick Beggs, are set to release their debut album ‘do nothing till you hear from me’ on the 22nd January 2016. Joined by drummer Marco Minnemann (Steven Wilson), and long-time Steve Hackett collaborator & keyboardist Roger King, they deliver engaging, expansive rock that bridges the gap between prog and pop. Following the release last year of a video for the album’s title track, they are now pleased to reveal a video for the track ‘Feed The Troll’, once again produced by Crystal Spotlight.

Nick Beggs had this to say:“Some people have too much time on their hands. Some people get what they deserve.”

Further to the above, you can check out a revolutionary 4K 360 degree version of the video for ‘Do Nothing Till You Hear From Me’ here:

The enigmatic artwork for the record, created by Lars ‘Zeituhr” Tellmann, can be viewed below and the album will arrive on a limited edition digipak CD (incl. bonus tracks), gatefold 2LP with CD & digital download. You can find the track-listing below: