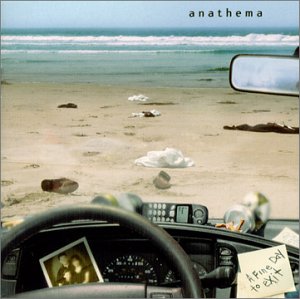 …..And this time we’ve got an Anathema track too.

Music For Nations importance cannot be under estimated. Either signing, exclusively distributing or collaborating with artist including Metallica, Tool, Slayer, Opeth, Cradle of Filth, Anathema, Entombed, Poison, WASP, Frank Zappa. As well as licensing deals with some of the seminal labels including Metal Blade, Peaceville and Rise Above.

Chances are it was to a track released on Music for Nations.

Dom Lawson of Metal Hammer and the Guardian reflects (and these thoughts could be echoed by MVM)
“From metal milestones by the likes of Metallica, Manowar and Opeth through to cult classics by Mindfunk, The Beyond and Dearly Beheaded, Music For Nations’ vision and towering roster has provided me with some of the greatest and most enduring music I’ve ever heard. It is supremely exciting to witness the return of this deservedly revered label.”

Available in April (and to pre order now), Liverpool’s Anathema release their MFN back catalogue. Songwriter and guitarist Daniel Cavanagh shared his enthusiasm for the project saying, “I’m really happy that after all these years, the Music For Nations era of Anathema music is  finally receiving the attention, respect and treatment it deserves. It has been a great pleasure to work on this package. Everything from supplying the additional artwork, the remastering process of the albums, and the chance to add a surprise or two, has been a wonderful process.”

– A Fine Day to Exit LP Vinyl with CD Remastered

Stream the remastered version of ‘A Fine Day to Exit’, with a different track-listing and featuring a new track ‘A Fine Day’ here –

Paradise Lost’s back catalogue expanded and remastered. Opeth’s three seminal albums, ‘Blackwater Park’, ‘Damnation’ & ‘Deliverance’ special reissues. Spiritual Beggar’s back catalogue released on LP for the first time, as well as Cradle of Filth and other MFN artists to be confirmed shortly.

In 2015 Music For Nations will be releasing music, by new bands, in a series of 7” singles and compilations. Expect the heaviness.