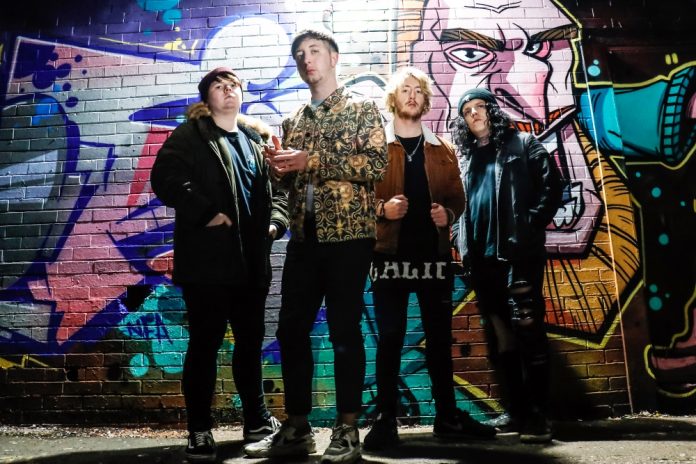 It’s been a great start to 2019 for Coventry metallers Scream Blue Murder. They’ve just completed a successful tour with their US counterparts Everyone Dies In Utah and UK metal brothers in High Rise, and their single Light It Up has attracted considerable attention from fans and media alike.

Following on from their early successes this year, Scream Blue Murder are ecstatic to announce the release of their second album Rock Bottom. The album will be released on the 12th of April 2019 through Stay Sick Recordings, where Scream Blue Murder are currently one of only two UK bands signed to the label. With huge melodic hooks throughout and with enough riffs to fill a skyscraper, Rock Bottom is set to thrill the band’s ever growing fanbase on both sides of the Atlantic.

On the upcoming release of their new album, Scream Blue Murder frontman Aaron Bloomer can’t wait to be able to get the new material out in the open:

“We are so excited to show everybody what we have been working on for the past year! This album really shows the direction the band is going. We can’t wait to see your faces screaming it back at us on the road later this year.”

The video for the album’s first single, Light It Up, can be enjoyed below:

Shortly after the release of Rock Bottom, Scream Blue Murder will be taking their new album back to America for a headline tour. The tour will consist of ten shows at the end of April and beginning of May, and will be the first chance to hear the new songs in the flesh! Accompanying them on the tour will be Before Giants and In Divison. The full list of shows can be found on the tour poster below can be made through Scream Blue Murder’s official webstore, where there are a variety of bundles available. US pre-orders can be made through the Stay Sick Recordings website.