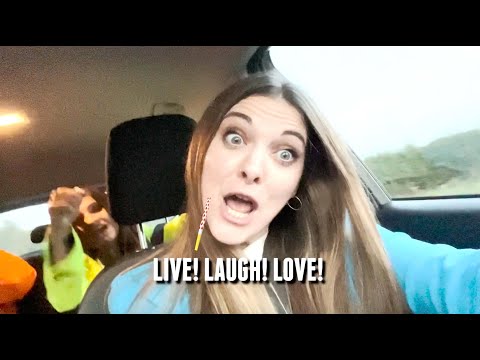 Pop-Rockers The Hot Damn! return with a sugar-infused power pop anthem ‘Live Laugh Love’, out now on all streaming platforms, as well as on physical CD via www.thehotdamn.com.

The band have just released a rather amusing ‘Carpool Karaoke’ edition of the track, filmed by themselves on a scenic drive around Berkshire.

Hailed as the “colourful chaos” of rock, The Hot Damn! are a British four piece band armed with witty lyrics, punchy riffs and fierce harmonies that will have you dancing before you know it. Championed by BBC Introducing, Planet Rock, Kerrang!, Classic Rock Magazine and now also Spotify, the band are breathing tie dye colour back into the rock scene one song, video, and show at a time.

New single ‘Live Laugh Love’ is described by Louder Sound as “So bad for you it has to be good… it’s as if The Darkness teamed up with Pat Benatar and bonded over Blink 182 hits”. The track was recorded in Doncaster and mixed in Melbourne, Australia – and is accompanied by a sickly sweet video that was shot at a caravan park on the Costa del Morecambe (Lancashire).

“It’s a parody of those motivational signs which were very popular in kitchens in the late noughties. There’s a lot of doom and gloom in the news but we want spread a little cheer. Shake off the negative and just enjoy whatever it may be! Life! Love? New music! Positivity!”

Bursting on to the UK circuit in 2021, The Hot Damn! have since completed multiple UK tours as well making memorable appearances at Steelhouse, Firestorm and Loverocks festivals.

With their debut album set for release early 2023 and more shows announcing soon, get set for your life to become a WHOLE LOT more colourful imminently!