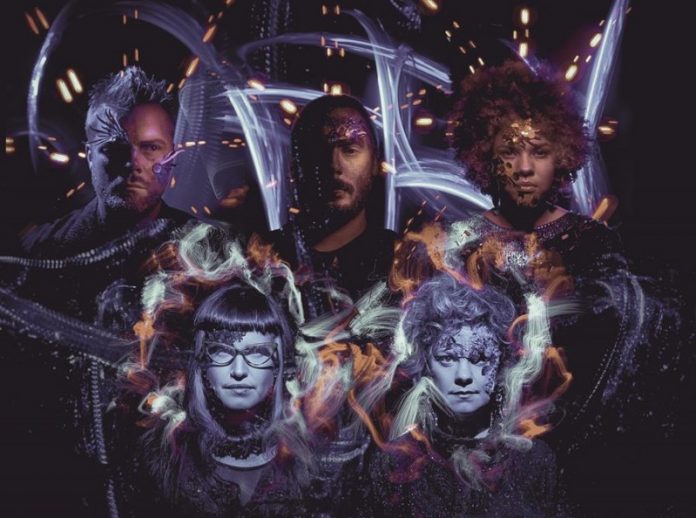 New singles ahead of new album

On May 27th Brighton based collective Moulettes, continue their journey into the alt.pop/rock/folk universe with the release of their most accomplished album to date – ‘Preternatural.’

It was in early 2015 when reading an article in the New Scientist that lead singer Hannah Miller first starting thinking about a concept for the new album. “I’ve always been fascinated by the natural world” says Hannah. “But this article compelled me to look deeper and start exploring all the surreal and beautiful diversity that exists. There’s so many phenomenal creatures out there we thought they deserved their own album.”

Fast forward to 2016 and the result is ‘Preternatural’ – an eclectic but cohesive 11 track collection, which marries the thought provoking concept with elements of prog, pop, alt-folk and rock. It’s a beautifully orchestrated piece of work, experimental in parts but still accessible, fusing rich vocal harmonies, persuasive melodies, and elaborate compositions to make a genre defying album that explores the moving gaps of electronic and acoustic; DIY and big production.

Highlights include the epic opener ‘Behemooth’, a heavy, drum-driven progressive anthem inspired by a loud and unidentified sound recorded in the pacific, and electro-rock lead single ‘Underwater Painter’, which explores the way Octopus-chameleons of the sea can switch between camouflage and a psychedelic electric light show. “The solo was recorded in one take” recalls Hannah, “and was definitely a homage to Prince!”

One of the album’s finest moments, the sublime ‘Pufferfish Love’, drew on recent ground-breaking Attenborough footage of the Japanese mandala-making Pufferfish, whilst the groove-based Art Pop of ‘Coral’ describes the crises facing coral reefs, – “A beautiful illustration of symbiosis between animals, minerals and plants” says Ollie.  Other standouts include the addictive ‘Patterns,’ the ethereal vocals of ‘Medusa’ and the album closer, ‘Silk’ about spiders who pluck harmonics on the strands of their webs to tune them…

“There are so many things to write about,” says Hannah, “Lost love is sad, but a lost species is a tragedy for us all.”  “Presenting your own sort of eclecticism is the aim,” says Ollie. “Zappa, Gentle Giant to current bands like Field Music, John Grant, Snarky Puppy, My Brightest Diamond, Tuneyards, Tortoise etc would all agree. These were all references for the record.”

Moulettes are a Brighton based British band of multi instrumentalists that weave in and out of several genres with 3 part harmony female vocals, amplified Cello, distorted Bassoon, Auto-Harp, Guitar, Drums, Bass and Synths into an incomparable alt.pop/rock/folk universe.

Since playing together at school in Glastonbury to residencies on Tin Pan Alley, to a multitude of festivals including Glastonbury, Bestival, Cropredy, Cambridge Folk, End Of The Road and Green Manalong with relentless world touring, the band have become renowned for their breath taking live shows. On the way the band have shared both the stage and studio with many well-known artists in Folk, Prog, Pop and Rock, including Mick Jagger, Nick Cave, Seasick Steve, Bonobo, Gentle Giant, Mumford and Sons (Ted Dwane was a founding Moulette), Dave Gilmour (Pink Floyd), Bellowhead, andThe Levellers.

See Moulettes live on tour at the following venues