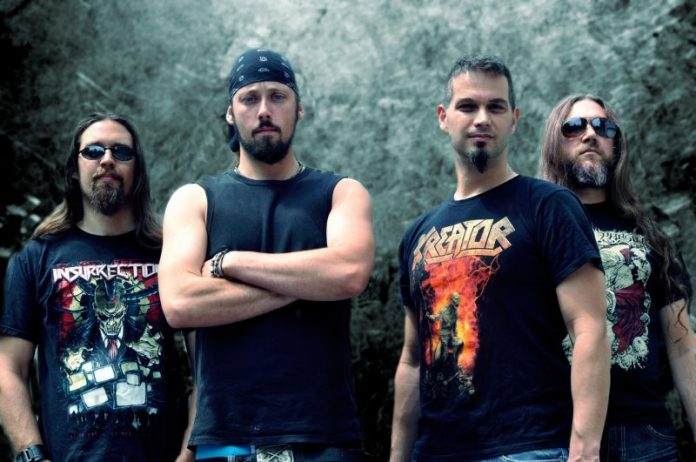 Canadian death thrashers MORTOR have announced their return, along with a new lineup and a new album, titled ‘Burn up the Dead’ on the way. The band will return to the stage for the first time in Ottawa alongside Brazil’s NERVOSA August 3 in Ottawa. Info here.

The band have released a teaser video showcasing a sample of the new album, alongside the cover art. The video can be viewed here:

Born from the creative mind of rhythm guitarist David Paquette, Mortor began as a solo project that soon turned into a full-fledged band following Paquette’s move from Montreal to Ottawa.

Founded in 2008, Mortor began sculpting and fine-tuning their metal sound while writing and playing live shows with one goal in mind: to bombard the world of extreme metal with their fresh, raw sound.

To date, the band has released two albums, ‘Metal Ride’ (2010) and Shoot ‘em Up (2012). A forthcoming record, ‘Burn up the Dead’, is currently under production with a new lineup.