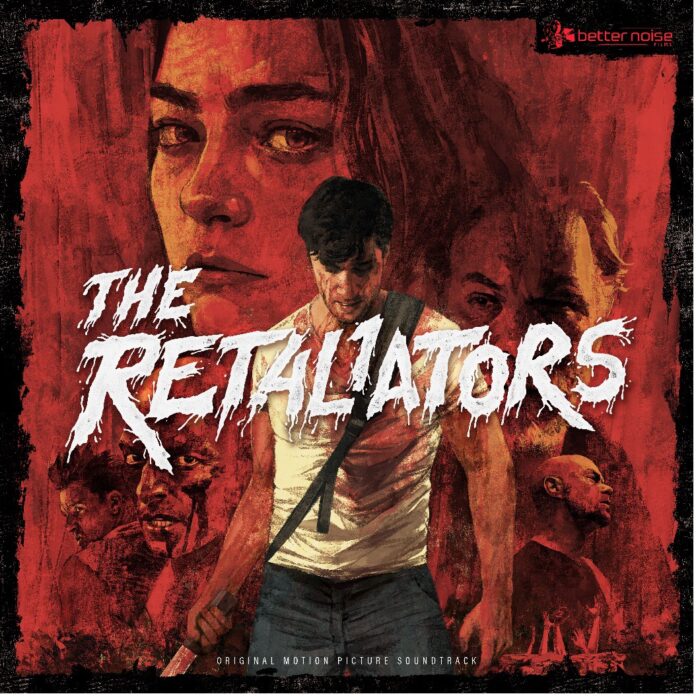 Three-time Grammy-nominated rock outfit NOTHING MORE have released an extended version of their current Top 10 Billboard Active Rock charting hit single “TIRED OF WINNING” (#8) due to popular demand. The extended version “TIRED OF WINNING / SHIPS IN THE NIGHT” is out today, July 29, across digital platforms HERE.  The extended track is taken from their upcoming album SPIRITS due October 14 via Better Noise Music andwas first revealed in the group’s sci-fi oriented music video (seen here) released in April. It garnered immediate attention from fans requesting the extended version also be released digitally. “TIRED OF WINNING / SHIPS IN THE NIGHT” will also be featured on the official soundtrack for the upcoming Better Noise Films horror-thriller movie THE RETALIATORSin cinemas worldwide on September 14. THE RETALIATORS – OFFICIAL SOUNDTRACK will be released via Better Noise Music on September 16 and includes tracks from labelmates including Motley Crue, Tommy Lee, Papa Roach, Five Finger Death Punch and more.

NOTHING MORE are also excited to share they have partnered with Z2 Comics (The Doors, Machine Gun Kelly, The Grateful Dead) to release their first-ever graphic novel “SPIRITS VOL.1” authored by Dan Watters (Cowboy Bebop, Arkham City: The Order of The World) and illustrated by Christian Rosado. The graphic novel will be released in Spring 2023 and be available in a standard edition hardcover, a deluxe edition oversized hardcover, a limited deluxe edition oversized hardcover hand-signed by band (999 copies total) and a special tour-only softcover only available for purchase in-person at NOTHING MORE shows or directly via their website.

The band recently unveiled their own meta-personality test, “SPIRITS TEST,” developed by frontman JONNY HAWKINS, which features 25 psychometric questions then determines your “SPIRIT TYPE.” Each SPIRIT TYPE has its own character and personality descriptions which are further explored in the upcoming graphic novel. Deluxe edition bundles for “SPIRITS VOL. 1” will highlight the SPIRIT TYPES with bundles including SPIRITS art prints, cards, an Eight-Sided Nothing More Spirits Octahedron, SPIRITS enamel pin, an exclusive color variant SPIRITS vinyl and more.

HAWKINS explains more on the “SPIRITS TEST” and “SPIRIT TYPES“:

“The comic book focuses on four of the Spirit Types. As we were making the album, I came up with the concept for the Spirits Test. Imagine if the zodiac had a baby with the Meyers Briggs personality test, and that baby came out with a fascination with cryptic iconography and metal music… that is this test. Each of us has a Spirit Type and this comic book is an artistic expression of how those Spirit Types come to life in a world very much like our own.

Guitarist MARK VOLLELUNGA shares how the idea for a graphic novel developed:

“I set forth on this collaboration with Z2 comics, and our manager, Will Hoffman, with the idea to expand the NOTHING MORE world and allow the reader to dive deeper down the rabbit hole and elaborate on what these Spirit Types mean; where they came from and why they exist. We wanted to write stories that invoke a compelling sense of empathy and wonder while maintaining a very personal connection to NOTHING MORE songs. Dan Watters was the perfect dude for the job. He’s such a brilliant, captivating writer. Both of us shared inspiration from shows like The OAand Sense 8 and we wanted to accentuate the differences all people have when something in your life wrecks you… and that even though these differences may seem polarizing, we all still need each other.  It’s because of these differences that you learn to survive and grow. This story shows that great strength and mutual respect come to those who learn how to embrace one another despite such differences.”