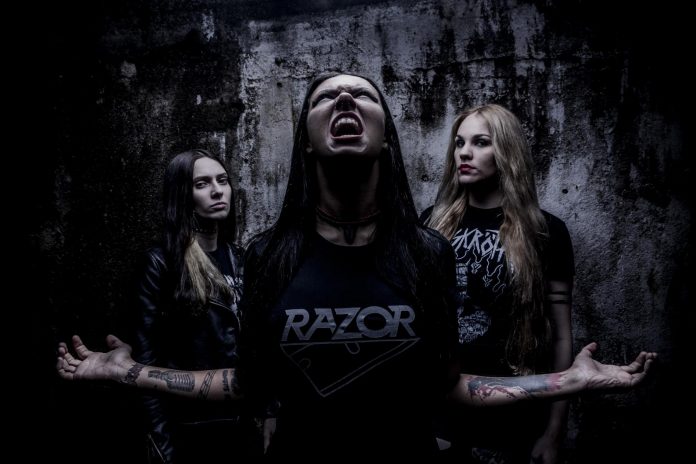 NERVOSA have just returned from their European tour with Venom Inc. and Suffocation. On June 1st the band will deliver their brand new album Downfall of Mankind. For their third album the trio joined forces with producer Martin Furia who has worked with artists including the likes of Destruction, Flotsam & Jetsam and Evil Invaders. Genre legends such as João Gordo (Ratos de Porão), Rodrigo Oliveira (Korzus) and Michael Gilbert (Flotsam & Jetsam) are featured on the new album as well!

Today the very first single “Never Forget, Never Repeat” has been released as well as a new music video!

Fernanda Lira explains the story behind the song:
“This song has a little bit of all the elements in the album so it represents it well and also the lyrics are about something worth debating and thinking about, so we think it’s a good first single to show fans!”