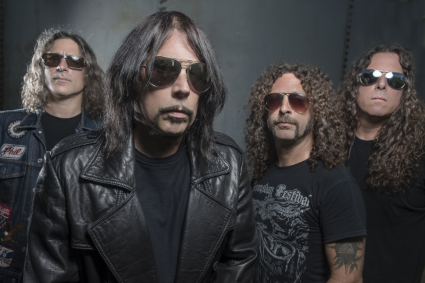 Rock ‘n’ Roll at its best, Rock ‘n’ Roll in its strongest propagation, loud & flashy Psychedelic Rock made ​​by Monster Magnet! Wyndorf and his mates are back.

Whether with or without drug fog, the troupe from New Jersey is going to fascinate fans in 2014! The two new songs cheered from the hip, are going to blow out the neighborhood’s double glazing of the window frames. As the press once wrote so aptly: “Nobody knows where the hell this goddamned, infernal noise is coming from.”

Yes, that’s right folks, Monster Magnet, who, for at least one of the team at MVM are a top ten band of all time (yes and you are writing this – Ed) and can basically do no wrong. One of them can still remember going to buy the “Powertrip” single in 1999 and just might be wearing a MM tshirt at this moment (yes, you are writing this – we get the point, Andy – Ed).

Re-recording a brilliant album might be pointless, it might be a cash in. The honest answer is we won’t know until we’ve heard it. Expect a review on this site this weekend.