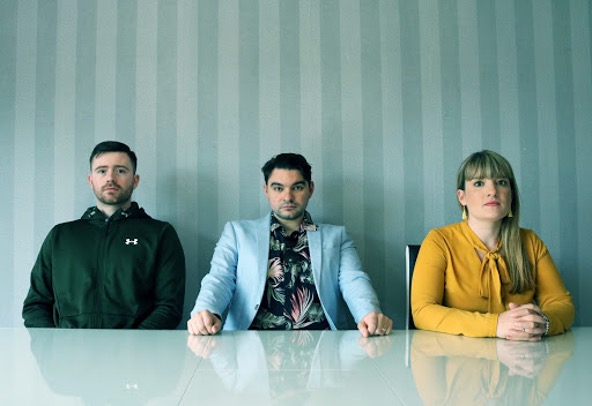 On 1 July, The Mono LPs will release the emotive new single: “You Say”.

Blending moving arrangements with a raw power of feeling that only comes in the wake of loss, the latest single from the Liverpool band is tender, troubled and will touch you to the very core.

With a heartbreaking backstory laid bare by Ste Reid’s vivid and visceral lyricism, the lead vocalist and songwriter explains:

“I wrote ‘You Say’ after the death of my mother. She was diagnosed with Pancreatic Cancer and the whole family moved back into the family home to look after her. This song tells the story of what happened…”

Originally beginning life as a plaintive ballad written on acoustic guitar, it was upon hearing Portishead’s distorted cover of ABBA’s “SOS” that Ste decided to up-end his own creation and embrace its darkness. Working with producer Danny Woodward (Whitewood Recording Studios, Liverpool), the pair de-tuned the sweet sounds of a violin (played by Ste) to create the foreboding drone that quivers like a pulse throughout the track. Adding solemn cello accompaniment and percussion that ticks like time running out, the results make for a single that simmers with a brooding trip-hop intensity and an aching melancholy that opens a window to the soul.

“You Say” is the gravitational closer to the band’s acclaimed second album, ‘Shuffle/Play‘ – out now on Fretsore Records. A record that covers a whole spectrum of emotions and sounds, it sees The Mono LPs seeking to emulate all the eclecticism of a music library on shuffle. Stream the album in full / order it here.

To coincide with the release of the new single, The Mono LPs will be playing a special hometown headline launch show at the Futureyard on 1st July. Support will come from rising talents Motel Sundown and Paul Nazole.