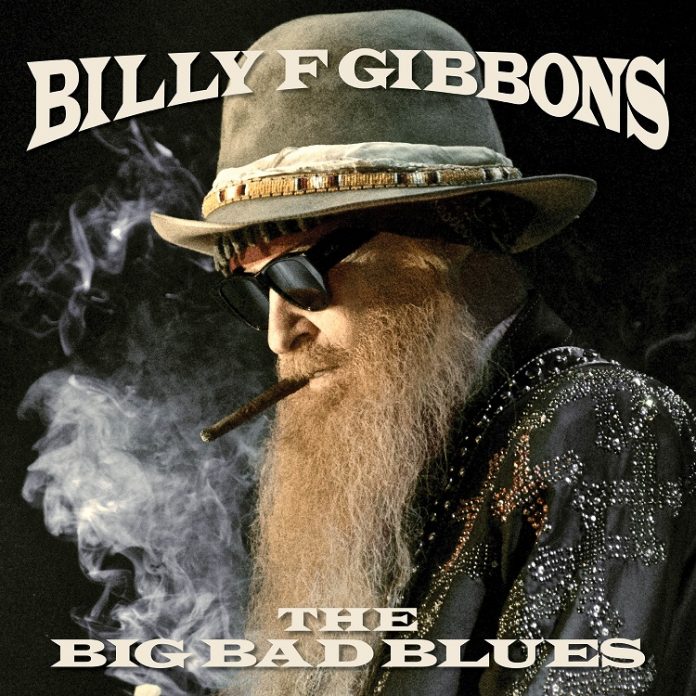 Titled ‘Missin’ Yo’ Kissin’’, the lyric video unveiled today sees this prime slice of struttin’ Gibbons blues rock complemented with images of the vintage American cars that have long been Billy’s passion.

Conceived with his wife Gilligan Gibbons, ‘Missin’ Yo’ Kissin’’ is the album’s opening track and gets proceedings off to a suitably punchy start.

“‘Missin’ Yo’ Kissin’’ is a gift from Miz Gibbons,” states Billy. “She knows what girls want and laid it out cold.”

Co-produced by Gibbons and Joe Hardy, the new album is, as the title suggests, a return to Gibbons’ blues roots. The Big Bad Blues contains BFG-ified renditions of songs associated with some of his heroes – “Standing Around Crying” and “Rollin’ & Tumblin’” by Muddy Waters, and “Crackin’ Up” and “Bring It To Jerome” from the Bo Diddley canon. These are joined by nine originals recorded in his hometown of Houston at Foam Box Recordings. The album features Hardy on bass, drums by Guns N’ Roses/Velvet Revolver/The Cult veteran Matt Sorum as well as Nashville session great Greg Morrow, plus Austin stalwart Mike ‘The Drifter’ Flanigin on keyboards. Blues harp (harmonica) duties were handled by James Harmon as well as Billy who, of course, is the album’s vocalist and guitar slinger nonpareil.

A musician’s musician, Billy F Gibbons is a wellspring of what he likes to refer to as the “three T’s”: tone, taste, tenacity. His transcendent creativity in a broad variety of artistic and intellectual endeavours has stood him in good stead over the years, underscoring his undisputed status as music’s most highly regarded Renaissance man.