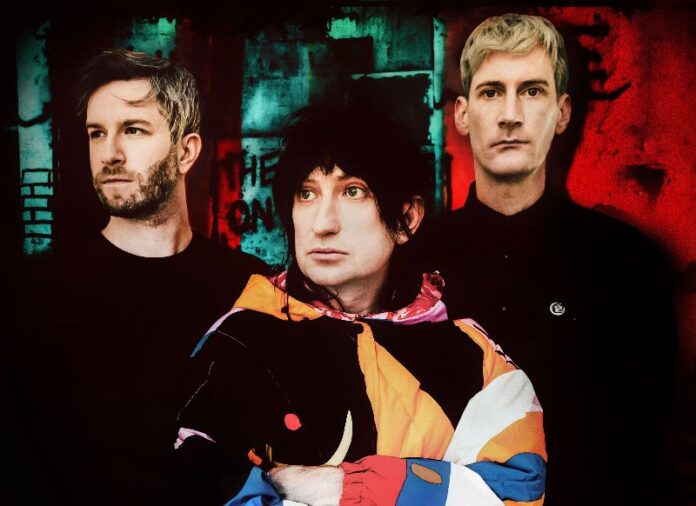 British rock band LOST ALONE have returned with brand new single ‘The Last Drop Of Forever’. The single is out now via Dharma Records and is the first new music since the bands third album Shapes of Screams which was released in 2014.

Vocalist Steven Battelle spoke on the new single and said ‘Lyrically, I’m talking to myself about making the most of every moment, and I’m commenting on the realisation that I’ve never enjoyed “the moment” in my life.  Musically, this is me making up with my guitars and letting them know its time to head back to space.’

You can listen to The Last Drop Of ForeverHERE

The band have recently reformed after taking a break in October 2014. Speaking about the reforming Steven said ‘The three of us are buzzing to be back making music again together. I didn’t realise until recently that a part of me had been lying dormant these last few years, but now – without wanting to preempt the future – I feel like I’ve that part of me back for good’.

Lost Alone have also been announced as support for My Chemical Romance on some of their upcoming reunion shows. The band have also announced a special hometown warm up show which is on sale now.

Speaking about getting the chance to support My Chemical Romance again Steven said ‘We’ve always had such a kinship between our bands, so I was over the moon when they asked us to join them for some of these huge shows. My Chemical Romance fans are some of the most passionate and welcoming audiences I’ve ever played to, so I’m excited to meet them again.’

You can see the band at the following dates: