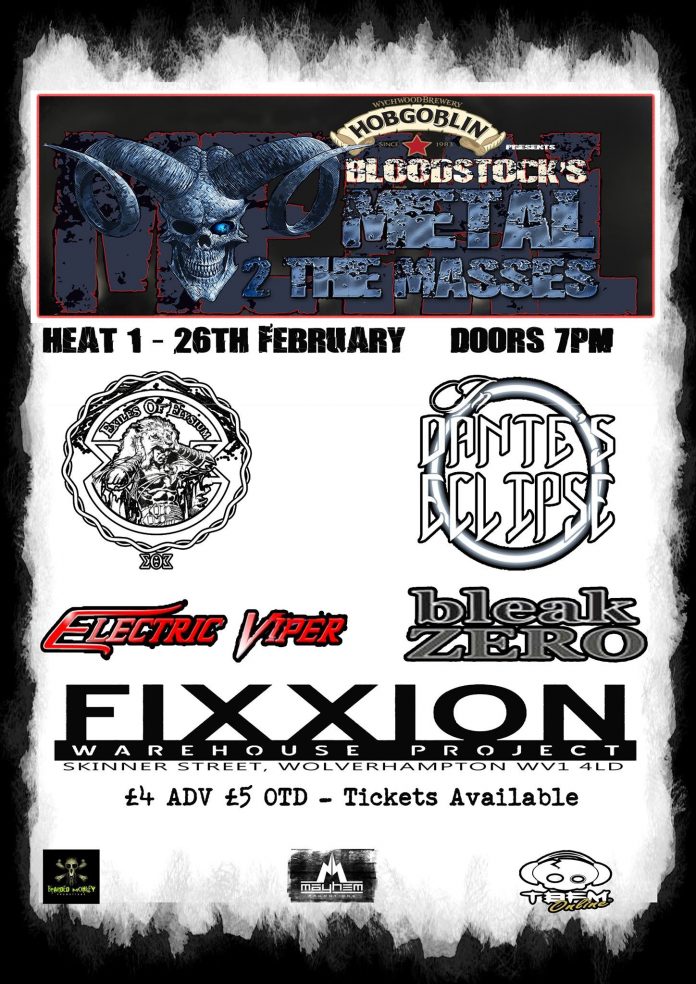 MVM’s Andy is judging Metal To The Masses this year. Here is a rundown on what you can expect, starting with Heat One

Metal To The Masses is a brilliant concept. Bands up and down the country compete in heats to make it to the regional finals. The winners will bag themselves a slot at Bloodstock.

Maximum Volume is thrilled that this year we will be taking a very small part in it. Our very own Andy is one of the judges in the Wolverhampton competition.

Here, we begin a week long look at what you can expect from each heat: starting, as seems appropriate, with heat one, which takes place on 26th February.

Kicking us off are Bleak Zero who say they are ferocious, but tempered with elements of quiet introspection, difficult to pinpoint, hard to ignore.Angular doom rock.

They are from Stoke on Trent.

Next up are Electric Viper a heavy rock from the East Midlands in the UK. The boys say: “We are a brand new band that’s gonna rock your world!”

Sell music on Amazon at ReverbNation.com

Exiles Of Elysium are a five piece hardcore metal band who are currently in the process of writing their debut EP.

In Dantes Eclipse are a midlands based gothic sleaze band who formed back in 2010 taking influences from bands like The 69 Eyes, Murderdolls, Misfits, The Cure, Hanoi Rocks, HIM, the Doors, Black Sabbath and Motley Crue, they are an experienced outfit.