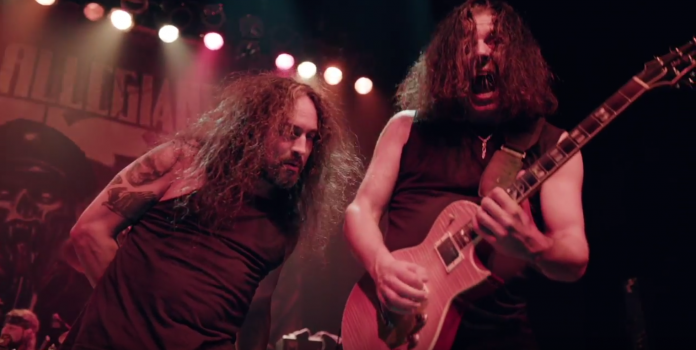 METAL ALLEGIANCE began as a celebration of heavy metal, powered by the almost tribal bond shared between the extreme music community’s most revered trailblazers, armed with a list of contributors onstage (and off) that read like a Wikipedia entry on the genre itself. Their sophomore album, Volume II – Power Drunk Majesty, was released on September 7th via Nuclear Blast.

Today the band discusses the unique experience that is a METAL ALLEGIANCE live performance. Watch the video trailer here:

Alex Skolnick states, “One of the exciting things about having a band of players who are in different bands is that you don’t know who you are going to get for events but we can usually count on the ‘core four’ and a really nice supporting line-up. I can definitely see a lot more of theses live shows happening built around events such as NAMM, maybe award shows and certainly album releases.”