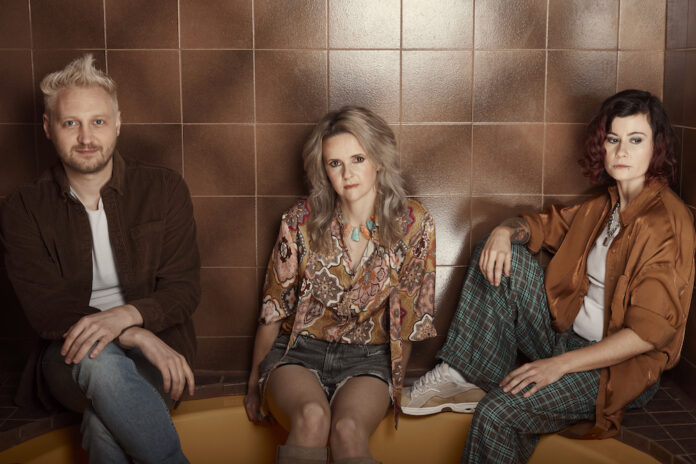 Hertfordshire, UK indie punk favourites THE SUBWAYS are pleased to reveal the 8-bit animated video for their latest single ‘Love Waiting On You’ which is out now via Alcopop! Records.

The track is the latest to be taken from their forthcoming fifth studio album Uncertain Joys, set for release on 13th January 2023. The album is available to preorder now from: https://linktr.ee/thesubways

Alongside the video, the band have also revealed brand newB side ‘Sign of Scorpio’ which is also out now on all good streaming platforms.

The band’s previously announced UK album tour dates have been rescheduled to January/February 2023 and are on sale now, and they will also be appearing at Southsea Victorious, Godiva Festival and Looe Live amongst others (see below for full listings).

Commenting on the gender-role-reversing video directed by animator Neil Whitman, front man Billy Lunn says: “When Neil initially presented us with the concept of the video as an 8-bit platform-style video game, our drummer Camille cleverly proposed that, given how the song is so obviously about yearning, why not instead have the rescuer and rescued gender roles reversed to change things up.”

“I saw myself as the Princess Peach character, with the love of my life (about whom the song is written) being my rescuer, fighting through the various obstacles and antagonists along the way. The sense of isolation, helplessness, and vulnerability within the song now made all the more sense to me.”

“Whilst it’s not always correct to assume that one person should come to the rescue of another in a relationship, my belief in the hopelessly romantic/pathetic notion that lifelong soul mates do in fact exist is woven into the very fabric of my being. And so, when at the end of the video my rescuer realises that it is only the will to love that is required to come to my aid, as opposed to having to fight through strife, battles, and failures, I knew that Neil understood the depth of my belief in this notion.”

“Our protagonist is trapped in his virtual cell waiting for the female heroine (the princess) to come to his rescue,” adds director/animator Neil Whitman. “I had great fun designing the band members as 8-bit characters as well as designing the princess and various levels for our heroes to venture through. Setting the game in mediaeval times helped me to subvert the usual tired traditions of the prince rescuing the princess and play around with audience expectations.”

Forthcoming new album Uncertain Joys was recorded and produced by front man and producer in his own right Billy Lunn, mixed by the Grammy Award-winning Adrian Bushby (Muse, Foo Fighters, Everything Everything), and mastered by Katie Tavini (Mykki Blanco, Arlo Parks, Nadine Shah).