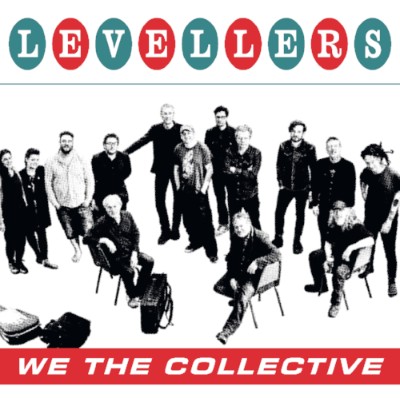 Levellers have today revealed the video for their latest single ‘McGee’, which was filmed at Abbey Road Studios while the band were recording their upcoming album ‘We The Collective’, out on March 9th.

The second of two new tracks on the album, following the first single ‘Shame’, it tackles the subject of undercover police, something the band themselves have experienced. While the track itself is a scathing attack on deceit and lack of trust, the video captures the band in a purely creative state in the impressive setting of Abbey Road’s Studio Two. Watch the video here.

Featuring a string section and the talents of legendary producer John Leckie (Radiohead, Stone Roses), the album contains new acoustic arrangements for eight of their previous singles including ‘Liberty’, ‘Hope Street’ and ‘One Way’ which they recorded straight to tape at the world-famous Abbey Road Studios, alongside the two afore-mentioned new tracks.

As part of the band’s 30th anniversary celebrations, Levellers will head out on a full Acoustic Tour in the Spring where they will be playing the new arrangements with guest musicians, starting at Glasgow’s Celtic Connections festival. They will play at the Roundhouse in London as part of the In The Round festival as well as a number of theatres and concert halls around the country. Support on the tour comes from Ginger Wildheart on all dates except Glasgow & London.