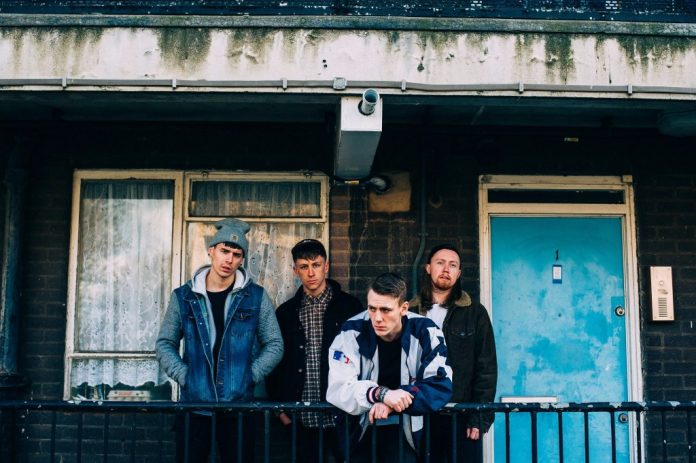 Alternative quartet MASSMATIKS revealed their brand new music video for single ‘One Foot In This Club’ earlier this week.

“This is the first music video that I’m personally very proud of. It was a very long day learning both sides of the fight, but with the help from my brother, Lewis Peploe, the fight scene really does work. I only came out with a couple of elbows to the face and a swollen wrist too! We toyed with so many ideas and found that the song, ‘One Foot In This Club’ has such an obvious subject that we wanted to do something completely different. Director Theo Gelernter was a pleasure to work with and really pushed the best out of us. We hope people enjoy watching me beating myself up as much as we do!” – George Peploe, MASSMATIKS vocalist

‘One Foot In This Club’ premiered with Spotify on their ‘New Rock Only’ playlist and since then has received spot plays with Amazing Radio. The band just completed a headline run of the UK with Youth Killed It, selling out almost all of their shows.

Last year saw the band tour with one of the UK’s greatest bands of the now, Don Broco, on their sold out UK run as well as going on to headline sold out shows up and down the country. Having had material aired on Radio 1, Kerrang Radio and Radio X, ‘One Foot In This Club’ is a new direction for the quartet from South East London, who are not holding back on their new material. For fans of Slaves, The Clash and Astroid Boys, MASSMATIKS raw and powerful sound resonates and connects with music fans of all ages.

‘One Foot In This Club’ is out now.