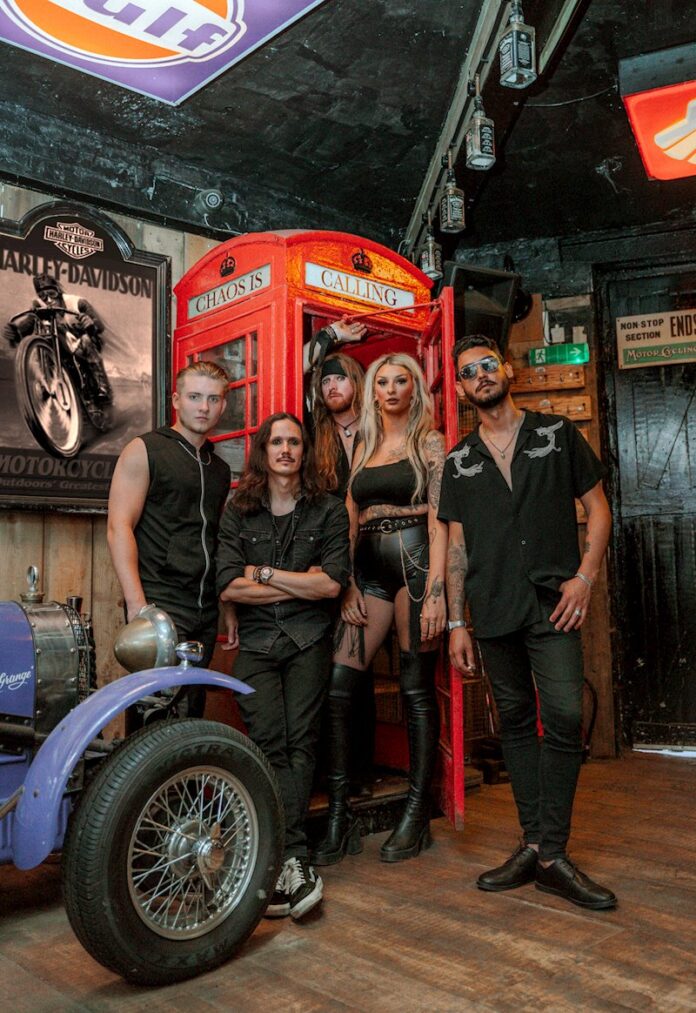 Kira Mac Release Their Single ‘Mississippi Swinging’ And Its Accompanying Video
Rapidly rising, blues-rockers Kira Mac today release their single ‘Mississippi Swinging’ along with its accompanying brand-new, video, where lead singer Kira Mac heads West into the fiery sunset in a personal road movie, directed by Kris Barras, while she and the band rev it up and perform the new song con gusto.

Check out the video here https://youtu.be/btGg-L0ORF8

Planet Rock dubbed Kira Mac as “rock n roll livewires” and made their debut single ‘One Way Ticket’Track of the Week within just two weeks of release. The single then leapt to the Planet Rock A-playlist, topped the 28-day April Playlist, and received rave reviews and feedback. All three previous Kira Mac singles — ‘One Way Ticket’, ‘Dead Man Walking’ and ‘Hit Me Again’ — have now been A-listed on Planet Rock. What’s more, Steelhouse Festival were so impressed with Kira, they created a slot especially for them.

‘Mississippi Swinging’ sees the band turn to the classic rock imagery of a fast car and the open road: a powerful song given slick visual expression in the video, directed by the multi-talented Kris Barras (rock star, director and former MMA fighter).
Amazingly, although the video looks like it was shot on the desert highways of the USA, it was shot near Bournemouth, on a farm.

“We had so much fun filming this, much to the dismay of Kris Barras’ alloy wheels,” says Kira, “The location we wanted to use, was too close to a nuclear site to fly the drone for some of the shots that Kris had the idea for, and we didn’t want to get arrested so we had to find somewhere just two days before. It turns out we work well under pressure, and we’re so happy with the results!”

Kira Mac’s eagerly awaited 10-track, self-released debut studio album, ‘Chaos is Calling’, will be released this Autumn on Friday 18th November. What’s more, the CD is now available for pre-order over — by itself and in various bundles — at the band’s brand-spanking-new online store (link below)! ‘Chaos is Calling’ will also be released on vinyl on 2nd June, 2023.

Taking their name from their powerhouse frontwoman’s stage name, Kira Mac is a band whose foundations lie solidly based on straight-up old-school blues rock riffs. To these, they’ve added modern edge, a tonne of fresh flair, soul and intense double shots of rock ‘n’ roll. Using twinned powerhouse vocals plus a killer guitar lead, they form a force to be reckoned with.

Kira Mac (a.k.a. Rhiannon Hill) herself is an established writer and vocalist, who went on to partner with guitarist Joe Worrall. This partnership has evolved into the band today, powered by the driving force of original songwriting and the unique sounds and stylings that the band produces, with Alex Novakovic (Electric Guitar); Bret Barnes (Bass), Cal Casey (Drums) in the album line-up. Max Rhead has taken over drum duties in the current line-up.

“[Kira] gives Lzzy Hale a good run for her money,” said Gareth Griffiths, for Rockfiend, “whilst Joe, Alex, Bret and Cal successfully create the muscular, riffing sound of modern rockers, such as Black Stone Cherry and Shinedown whilst remaining faithful to a foundation of blues”.

What’s more, as the band say, “With a brand-new album coming out in the Autumn of 2022, it makes sense to promote it with 11 dates through England, Wales and Scotland (Ireland we’re comin’ atcha soon!)”

Hot News: Kira Mac have been added to the line-up for the Stone Broken Xmas show in December; also number of The Sweet shows in December, as duo acoustic act; plus, the Cornwall Rocks festival in October

Tickets are on sale now. To find out where Kira Mac will be playing, or to follow their updates and releases, follow on their website and social media platforms (see below).
In the meantime, make sure to check out Kira Mac’s singles — including their latest: ‘Mississippi Swinging’ —on all digital platforms and check out the band’s brand-new online store to pre-order ‘Chaos is Calling’.

N.B. The band advise: if ordering the vinyl, make sure to place that as a separate order from the CD or/and t-shirt as the store does not part ship orders. The CD is out on 18th November 2022: the vinyl is scheduled for release on 2nd June, 2023.
Website: http://www.kiramac.com/
Facebook:  https://www.facebook.com/kiramacmusic/
Twitter: https://twitter.com/kiramacband