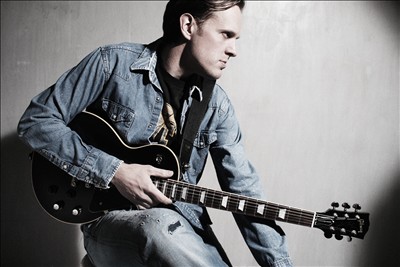 The Blues magazine, Mascot Label Group and The Big Easy – bar.b.q and lobstershack join forces to launch a search for new blues talent to win a record deal!

The Future Of The Blues competition, organised by The Blues Magazine in partnership with the Mascot Label Group and Big Easy restaurant group, will uncover the unsigned blues talent to carry the flag for the scene. As part of the package, as well as winning a record deal the winner will perform at the opening of the new Big Easy in Canary Wharf, London, and receive exposure within the pages of The Blues.

Five finalists will be chosen to perform live at The Big Easy in London’s Covent Garden in front of a prestigious industry panel and one winner will walk away with a deal that night, to show you need to chops to turn it on, the performances will be filmed in front of a live crowd.

The Blues Magazine editor Ed Mitchell explains: “It’s an honour to join forces with The Big Easy and the Mascot Label Group. I’m excited to work with two organisations that are as committed to promoting the blues as we are. Getting involved in a project like this makes perfect sense for the magazine. Finding and breaking new talent is a huge part of what The Blues is about.”

“Unsigned artists stand shoulder-to-shoulder with legends in this magazine,” he continues, “and that goes for the covermount CD, too, where an unknown band can be track listed with Joe Bonamassa or Robert Cray. Regardless of status, legends and as-yet-unknowns receive the same high-quality treatment.”

For Mascot Label Group head honcho Ed Van Zijl, discovering new artists is something close to his heart: “We’re always looking for talented musicians, and this competition is an excellent way for new talents to showcase themselves. Take a look around: there are a whole lot of young guitarists right now who have been influenced by the blues. Joe Bonamassa has played an important role in that, because he’s a young, phenomenal guitar player. He’s very inspirational for a whole younger generation, who are rediscovering this timeless music and putting their own spin on it. We can’t wait to see who else is out there!”

The Big Easy Founder Paul Corrett has been serving hungry customers to the soundtrack of live blues at his Big Easy restaurants in Covent Garden and King’s Road in London for many years, and is set to expand his empire with an 11,000 square-foot branch at Canary Wharf in 2015. He tells us: “I’m almost fanatical about the blues! I heard Jonny Lang’s latest album, Fight For My Soul, and I thought it was tremendous. I knew it would be great if we could get Jonny to come down and play The Big Easy in Covent Garden. Mascot, his record label arranged it, and we had an amazing time. It was a huge success. I was blown away.”

Now we have The Future Of The Blues: the perfect blend of label, venue and magazine. Ed Van Zijl saw the potential immediately, says the Mascot Label Group man himself. “To me, music is a mood. We’re looking for musicians who move us, like all the great blues musicians have moved us – whether it’s Eric Clapton, Jimmy Page or Stevie Ray Vaughan, all the way to Jimi Hendrix. Every few years, an artist brings the blues to a wider audience, like Gary Moore did when he released his Still Got The Blues album back in 1990. This competition is a great way to
find out who’s next.”

Editor of The Blues Magazine, Ed confirms; “This isn’t just some battle of the blues bands, this is nothing less than the ultimate celebration of the music we love. I really believe that the blues scene is at its healthiest since the Brit blues boom of the 1960s; it’s definitely at its most stylistically diverse,” he says. “Competition is strong, and everyone is upping their game in terms of songwriting, production and presentation. That doesn’t mean the scene doesn’t need support, though. It can be tough for younger artists to get a foothold – and that’s where we come in. The scene needs fresh blood to keep its heart pumping.”

He adds: “There’s some serious emerging talent out there, so there’ll be no issues with getting enough contenders for The Future Of The Blues. Whittling the entrants down to five finalists could be tricky, though! I’m looking forward to hearing some new artists over the course of the competition. Who knows, there might be a future Blues mag cover star among the finalists.”

“Let’s do this!” says Paul Corrett. “Let’s promote blues – and showcase some new artists at the same time!”

THE RULES. You must be 18 or over and not have a previous or existing signing to a major or independent record label, with the exception of self-released material. Email a link to a YouTube video of a recent live performance to futureofblues@teamrock.com. The video has to include at least two original songs, but can include an additional cover song. Check the Ts and Cs at http://teamrock.me/futureoftheblues. Five finalists will be announced on March 5 and the winner will celebrate with a gig at The Future Of The Blues finale event at The Big Easy in Covent Garden soon afterwards. The closing date for entries for The Future Of The Blues competition is March 2, 2015.