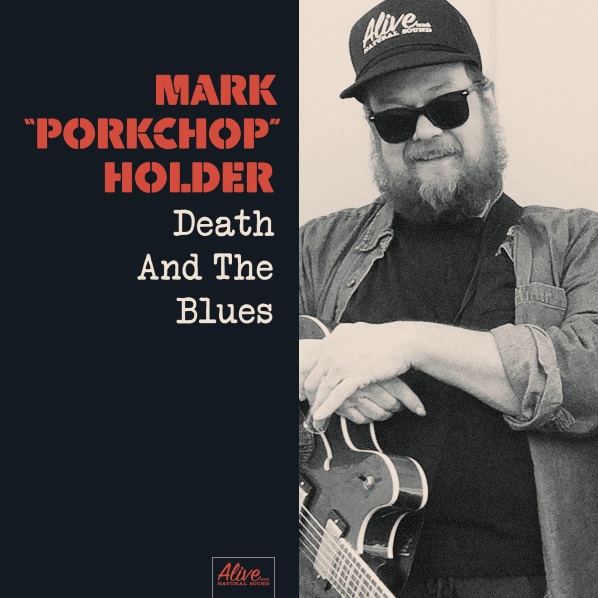 Bernard gets to grips with some tasty porkchops

Guitarist, harmonica player and songwriter Mark ‘Porkchop’ Holder is a founding member of Tennessee punk-rock/blues band The Black Diamond Heavies (also on Alive Records). This album sees him fronting a blues power trio and it’s got that dirty, road house vibe that American blues bands do so well.

The above is the opening paragraph of my review last year of Mark Porkchop Holder’s last album ‘Let It Slide’ and it’s entirely appropriate this time round as well. However the key difference this time is that a greater attention has been paid to the songs. As a result the album has considerably more depth and resonance than before and it’s a clear step up.

The album opens with the up-tempo ‘Captain Captain’; this would be a great live set opener as well with tasteful slide licks over a rock-solid rhythm and embellished with plenty of blues harmonica. It’s a great warm-up and the perfect starter to this 11 course meal.

‘Sad Days & Lonely Night’s is up next and it’s terrific. This has a hill country blues feel to it and would be right at home on a North Mississippi All Stars record. This medium paced gem has a mournful blues riff which becomes almost hypnotic after a while – it is top stuff. However they are only just getting started as ‘Coffin Lid’ arrives and tears the place apart. Part ZZ Top, part Fabulous Thunderbirds, this track stomps all over the speakers and is sure to be a live favourite.

‘Big Boat’ has the fuzz turned way up and musically it has touches of Jimmy Page to my ears and there can be no higher praise.

‘Nobody Wants To Cry’ acoustic blues quietens things down and this leads into ‘Be Righteous’ , which starts off as a slow blues ballad before launching skywards in the best blues boogie tradition. It’s another track where bass player Travis Kilgore and drummer Doug Bales lock into the tightest of grooves, showing that whilst it’s Porkchop’s name on the sleeve, this is a real Band effort.

‘Bless Me Santasima’ is a short instrumental interlude before ‘Billy The Kid’. This song has such a country feel about it that I could easily imagine a Johnny Cash version, though here it’s played as an up-tempo blues complete with a great slide solo. ‘James Leg’ is a short blues shuffle which doesn’t quite hit the heights of the other songs on the album, not something you could say about ‘What Is Wrong With Your Mind’ or the closing title song – both are strong blues numbers full of great guitar work.

So there it is – a marked improvement on the previous release with a much stronger collection of songs, which in turn have also lifted the overall musical performance. I just hope these guys get to the UK soon for some live shows, as this will undoubtedly be where they really shine. In the meantime check out the album to hear a great contemporary blues record.