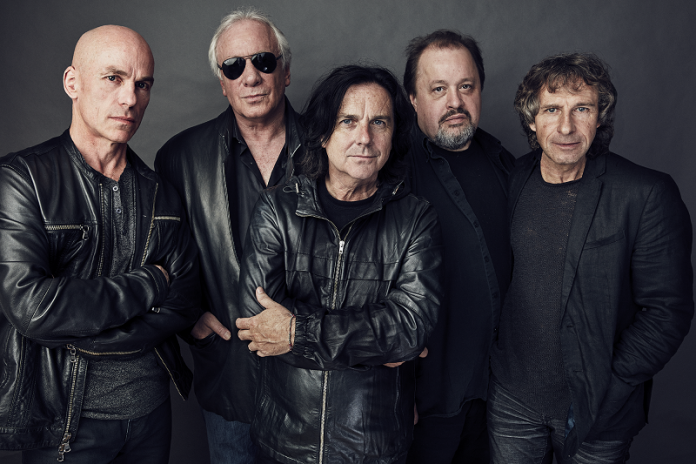 Since its inception in 2014 the Barcelona based festival Be Prog! My Friend has played host to the likes of Steven Wilson, Opeth, Camel, Meshuggah, Anathema, Devin Townsend, Pain Of Salvation, Katatonia, Leprous, TesseracT, The Pineapple Thief, Magma, Between The Buried And Me, Anneke Van Giersbergen, Agent Fresco, Fish, Riverside, Ihsahn, Alcest, Textures, Haken, Iamthemorning, Obsidian Kingdom, The Algorithm & Antimatter.

Taking place in the beautiful open air surroundings of Poble Espanyol – a huge stone built architectural museum – the site is one of the most important and striking landmarks of tourism in Barcelona. Whilst by day the Catalonian hotspot may play host to some of Barcelona’s most interesting historical articles, by the end of June to the start of July it will instead play host to some of the world’s finest progressive bands.

This year saw the festival co-headlined by Steven Wilson and fellow progressive heavy weights Opeth. So far for 2017 Be Prog! My Friend have announced the legendary Jethro Tull as Saturday’s headliner alongside Norweigian music collective Ulver, Anathema, Animals as Leaders and Caligula’s Horse.

Now the festival have revealed Friday’s headiner for the 2017 edition of Be Prog! My Friend will be Marillion. The festival organisers comment:
Marillion’s music is, by its nature, tough to sum-up but perhaps can be described as experimental-yet-emotional rock, married to thought provoking, soulful lyrics – a powerful and moving cocktail which, for those who “get it”, elicits extraordinary devotion.

After over thirty years, the band shows no signs of slowing down; this last month they released “Fear (Fuck Everyone And Run)”; an album that has been called “the best album by Marillion in twenty years”.

Steve Hogarth said, “We don’t know how many more albums we’ll make, or how long we’ll live. Everything has to be the best it can be”.  With ‘FEAR.’ Marillion show that they are as vital and potent as ever. Peerless and, yes, fearless…

We welcome Marillion with our arms wide open!’

Tickets are on sale now with final price. 130 Euros:

‘And so Prog finds itself in love with Barcelona, the delightful weather and everything that Be Prog! My Friend has to offer’ – Prog Magazine

‘The leading festival for progressive music in Spain, showcased avant-garde music in a magnificent location’ – The Independent

‘Set in the hazy sunlit square of Barcelona’s historic and quite stunning Poble Espanyol, it certainly beats the sodden mud of the British festival season’ – Total Guitar Magazine

‘If nothing else, it proves that prog is alive and kicking. Especially in Catalonia’ – Classic Rock Magazine

Previous article
69 In The Darkness
Next article
Rage On!